Season 16 begins on 1/18, and with it comes the biggest seasonal shake-up in quite some time! All season long, the Ring of Royal Grandeur buff will be available to all seasonal players without needing to wear the ring! On top of that, many of the existing class sets have been buffed! Check out all the details below. 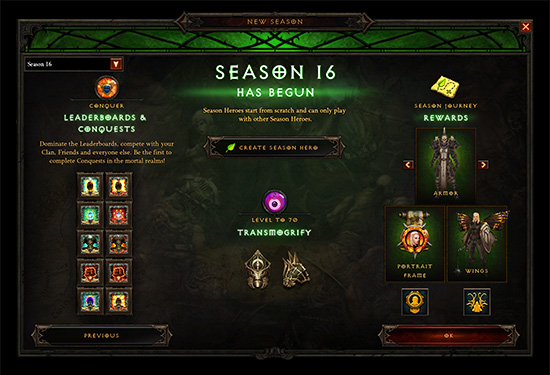 Season 16 introduces a brand-new buff to the mix that will change up the way you play. For the duration of Season 16, all Seasonal players will benefit from the legendary power of the Ring of Royal Grandeur. This means you do not need to hunt down or equip the item to benefit from its Set bonus-enabling ability! Bear in mind that this buff does not stack with additional Rings of Royal Grandeur, whether they be equipped directly on your character or via the Jewelry slot in Kanai’s Cube.

For the uninitiated, this means many classes may be able to combine different Class Set bonuses in new ways—or squeeze yet another Legendary power into their favorite builds. Theorycrafters unite!—this is the season to strut your stuff, experiment to your heart’s content, and push the limits of your most perfectly crafted build. While we’ve done our own experimenting, we can’t wait to see what the community comes up with in Season 16! 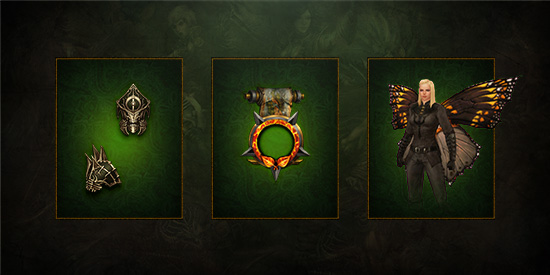 In addition to the Helm and Shoulder slots of the exclusive Conqueror Set, players can earn a brand-new series of portrait frames themed around the clarion call of adventure.. For the most devoted cosmetic collectors, we have a pair of wings fit for a monarch. The Wings of Lempo draw inspiration from some of the noblest creatures in Sanctuary, and aside from a cosmically rare drop, few other wings are quite as lovely.

If you’ve been diligently slaying demons for the past few Seasons and reached Conqueror in the Season Journey each time, you’ve surely accrued a few extra stash tabs by now. But players who have not yet earned a total of four stash tabs via the Season Journey can still unlock an additional one by completing the following tasks at the Conqueror tier: 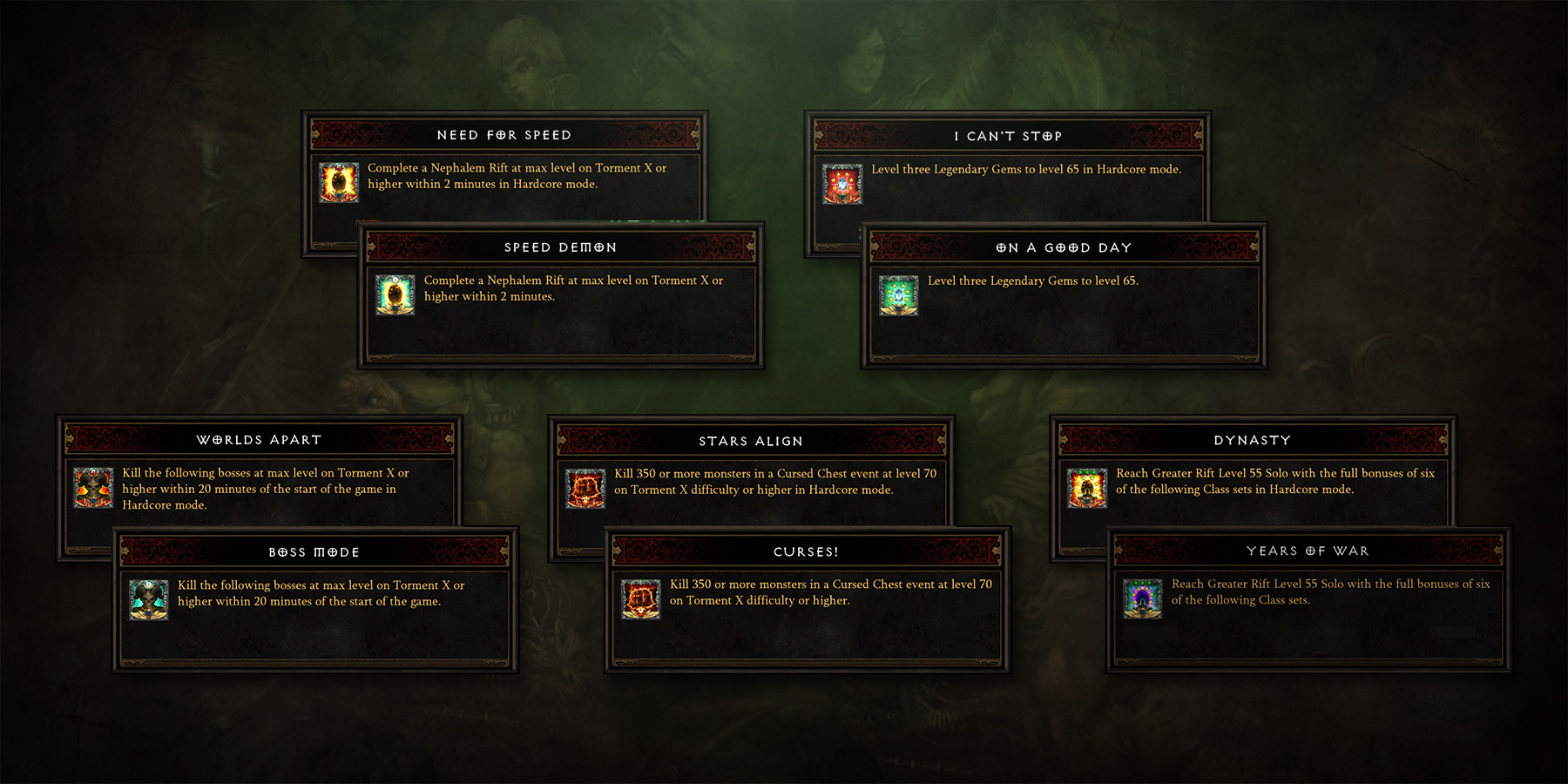 The Seasonal Conquest rotation continues! For the speedy, Speed Demon/Need for Speed requires the fastest nephalem to complete a Nephalem Rift at level 70 on Torment X or higher in under two minutes. On a Good Day/I Can’t Stop guides you to get your Legendary Gem grind on; level three Legendary Gems to 65 to complete this challenge! For the fiercest demon slayers, Boss Mode/World’s Apart is a speed challenge where you’ll need to eliminate the following bosses at level 70 and Torment X in under twenty minutes:

Talk about a mouthful! For Curses!/Stars Align, pick any Cursed Chest event that requires killing monsters and defeat over 350 or more at level 70 on Torment X or higher. Finally, Years of War/Dynasty demonstrates your mastery of multiple classes by clearing a Greater Rift level 55 solo with the full bonuses of any six full Class sets.

Finally, the Class Sets available for completing certain chapters in the Season Journey courtesy of Haedrig’s Gift have rotated once more. We’ve listed the available Sets below. For those new to Seasons, here’s how it works:

The set you will receive depends on the Class of the character you’re playing when you open each Haedrig’s Gift. To collect a full Class Set, you’ll need to open all three on the same character.

Here are the sets granted by Haedrig’s Gift in Season 16: 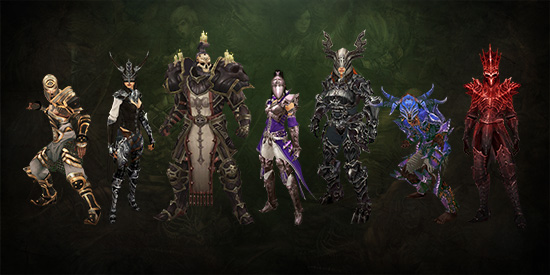 Thanks to player feedback, we’ve focused on a couple of frequently requested changes to improve the overall Diablo experience. This includes minor changes, such as removing Legendary potions from player inventories so that they no longer take up space, but also more significant changes to celebrating end-game loot in Primal Legendaries.

Primal Legendaries were, from the start, a goal largely intended for the segment of our audience pushing themselves to take on the game’s most challenging experiences. As power has increased over time, Primals have become more accessible across the board and we realized they were not celebrated or even as obvious as they should be, considering how ultimate they feel in a build. To this end, we’ve added specially colored beams and a unique mini-map icon to highlight when they drop, as well as shined up their tooltip and border colorations to be more discernible. 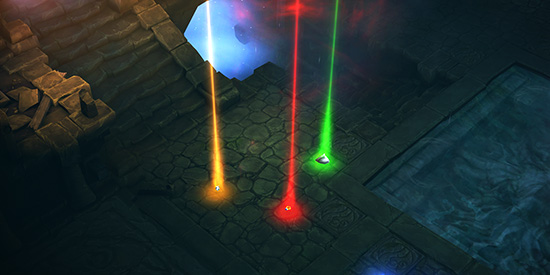 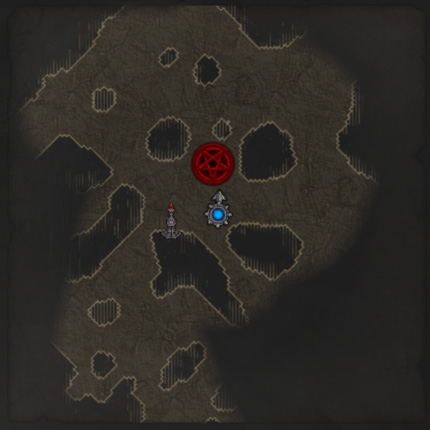 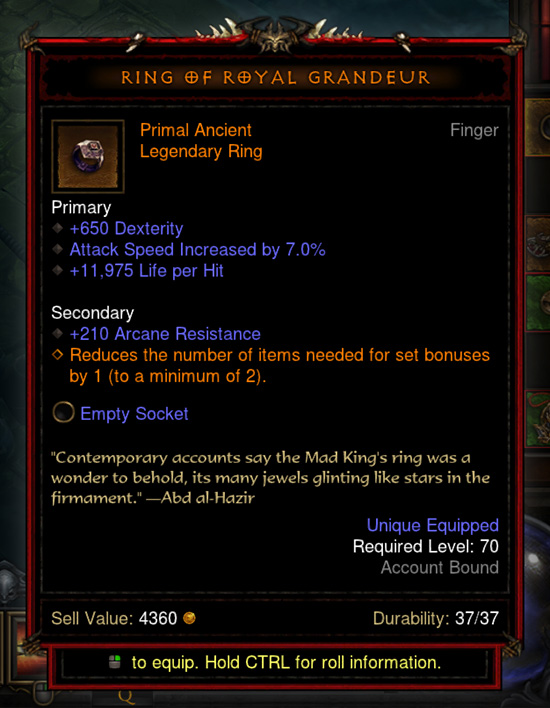 Finally, we want to make sure everyone is clear when they can start collecting Primal Legendaries; upon completing your first Greater Rift 70 or higher Solo, you’ll receive an achievement indicating your accomplishment and the Greater Rift boss will be guaranteed to drop a Primal Legendary. This drop is subject to all other loot rules—meaning while there’s a large chance it will be suited for your class, randomness does play a factor.

The balance changes from Patch 2.6.1 have had a few seasons to percolate, allowing most classes and builds to settle in and reach for their best performance. With Patch 2.6.4, we’ve identified some of the best performing builds, like Condemn Crusader and Rathma’s Necromancer, and we’re looking to bring many of the other class set builds up to par.

This is largely a numbers pass, and we haven’t just focused on class sets—the “no set Set” Legacy of Nightmares will be receiving a sizeable buff as well. We know many of you are curious as to what changes may have occurred as a result of your testing on the PTR. The updated Patch Notes are below for your viewing pleasure, so you can begin plotting out your ideal build before Season 16 begins!

We can’t wait to see what combinations players come up with throughout the course of Season 16 . . . especially when considering the new Seasonal buff!

Q: When do Seasons go live for players on Xbox One, PlayStation 4, and Nintendo Switch?

A: Seasons go live for all console players globally Friday, January 18 at 5:00 p.m. Pacific Time, regardless of which regional version of the game you may have. Please note that Seasonal Leaderboards for Xbox One, PlayStation 4, and Nintendo Switch are still separate by hardware platform.

Q: Why is the Season end date an estimate?

A: Traditionally, we have given players two weeks’ notice prior to the ending of a Season. However, we’ve heard the community’s feedback, so going forward, we’ll be providing more comprehensive Season details in the Season preview blogs. Please bear in mind that this date is an estimate and there is always a chance it may shift. While we will do our best to hit these target dates as closely as possible, we will continue to verify the Season end date at the two-week warning mark.

A: Non-Seasonal Leaderboards are tied to what we call “Eras,” each of which lasts about 6–12 months. The most recent era began November 9 and is scheduled to end January 8. For more information on Eras, please see this post.

Q: What will happen to older Seasonal and Era records?

Themed Seasons are continuing to evolve as we venture into the future, and we’re quite excited to see where this one leads. Are you looking forward to the Season of Grandeur? Which build or class set buff are you looking to experiment with first? Share your thoughts below and we’ll see you in Season 16