The official Diablo 3 blog has just been updated, and the latest post shares images of the content that is to be included in the Rise of the Necromancer Pack. There is still no confirmed release date or price point.

The Necromancer is coming to Sanctuary soon, but that’s not all!

Purchasing the Rise of the Necromancer pack gives you full access to the new class — including Necromancer-exclusive Set and Legendary items — plus two additional stash tabs and character slots.

Even better, you’ll get a new portrait frame, a pennant, wings, a banner shape, a banner sigil, and a Half-formed Golem pet! Check out the sweet loot you’ll be sporting as you raise the dead and restore the Balance, and get ready to join the ranks of the Priests of Rathma!

Wings of the Crypt Guardian 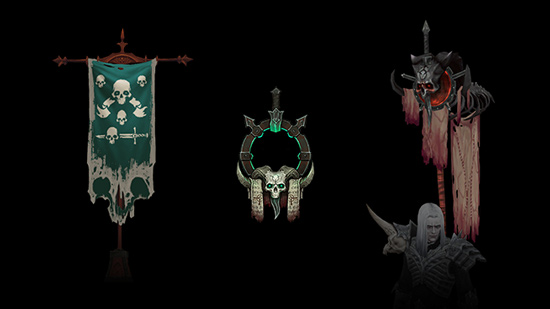