This Week in Review - Popular Decks & Naxxramas News, Top 5 Plays of the Week #28

There was some clarification on why the new PTR-Depth Diggers were changed to not affect the Wizards' and Witch Doctors' Signature Spells. Check it below.

The philosophy behind the decision to prevent the bonus damage given by Depth Diggers from working with Witch Doctor and Wizard Signature spells was two-fold.

That said, we are more than happy to hear your feedback about the changes we’re making, and we encourage you to continue to do so. If you feel that Depth Diggers should benefit Signature skills, be sure to let us know how and why (these are two very important pieces of information).

Thanks to those of you who’ve posted thus far!

In patch 2.1, Witch Doctors will likely get two separate fetish counters - one for Fetish Army and another for Fetish Sycophants. A quality of life change that I'm sure most players will be happy to hear about.

For anyone who may be unaware, there is a bug with the Witch Doctor Fetish Sycophant summons from the passive replacing fetishes spawned from Fetish Army. We're still working on a solution for that issue, but it hasn't been implemented yet. It's currently being worked on.

In addition to that, I have some more news about fetishes that some of you Witch Doctors will be glad to hear. Wyatt Cheng mentioned in the Theorycraft Thursday livestream that we're also planning on adding two fetish counters, so that there is one for your Fetish Army and another for Fetish Sycophants.

We don't have a current ETA on when these will be implemented to the PTR, and as for the usual caveat, it could possibly be changed, especially since it's still in development.

A blue post explained the reasoning behind some of the recent changes to Tempest Rush on the PTR. Basically, the idea is to bring it more in line with other "movement-damage" hybrid skills, like Strafe and Whirlwind. A bug which is making the skill cost more than intended was also mentioned, and will be fixed in a future build.

I wanted to chime in and explain the philosophy behind the most recent Tempest Rush changes on our Public Test Realm.

We want to make Tempest Rush damage comparable to other moving-while-doing-damage skills (like Strafe and Whirlwind). Increasing the damage also meant increasing the resource cost, though.

As our internal tests have shown and some players have figured out by playing on the PTR, Tempest Rush is still infinitely sustainable with some gear and skill specialization. However, we've heard your feedback and are looking at ways to help improve that sustainability further. At the moment, we're exploring increasing both the Monk's base Maximum Spirit and Spirit regeneration from skills (which will have class-wide benefits as well). In addition to this, the next PTR build fixes an issue where Tempest Rush incorrectly has an upfront cost of 30 Spirit in addition to the channeling cost. The end goal for all these changes would be to make Tempest Rush sustainable with fewer items and skills as it is now in PTR, but still deal meaningful damage.

We don't have an ETA on when these changes might be on live the PTR. And, full disclosure: since this is a PTR, such changes are subject to iteration before the patch goes live.

Thanks for the discussion!

Another post explained that Paragon levels will be transfered differently on the Ultimate Evil Edition (console version) of Reaper of Souls, in a more direct manner.

Just wondering if a blue has explained if Paragon will transfer from PS3 to PS4 UEE.
?
Also if it does carry over can it be explained if it will be level for level or based off exp?

Things will work a bit differently than how the transfer from Paragon 1.0 to Paragon 2.0 worked on PC. If you transfer your save file to Ultimate Evil Edition, you will actually retain your current Paragon level that was earned playing Diablo III on console.

As mentioned in the last Theorycraft Thursday's livestream, the blog's name is getting changed to more faithfully reflect the core goals behind it. For those interested, mind that the e-mail for sending builds has also changed, to PlayYourWay@Blizzard.com

Theorycraft Thursday has been a wonderful experiment and opportunity for us to engage with you, the community, on a personal level. After all your feedback and support, we’ve made the decision to change the name of this recurring blog to Play Your Way Thursday.

You may be wondering how this will affect the content of the newly named blogs. In short, neither the content nor the focus will be changing. You'll continue to see interesting and innovative builds here, and the emphasis on accessible experimentation will remain. This series was never intended to focus exclusively on top tier players who live and breathe Torment VI. While efficiency and number crunching are important parts of theorycrafting, they both stem from experimentation and hatching unique or, dare I say, crazy new ideas that take some trial and error to explore. Playing around with those ideas is a lot of fun, even if they don't work out to be the best. After all, every great build has to start somewhere, so let's poke around, think outside the box, and share your fun and interesting builds with the world! 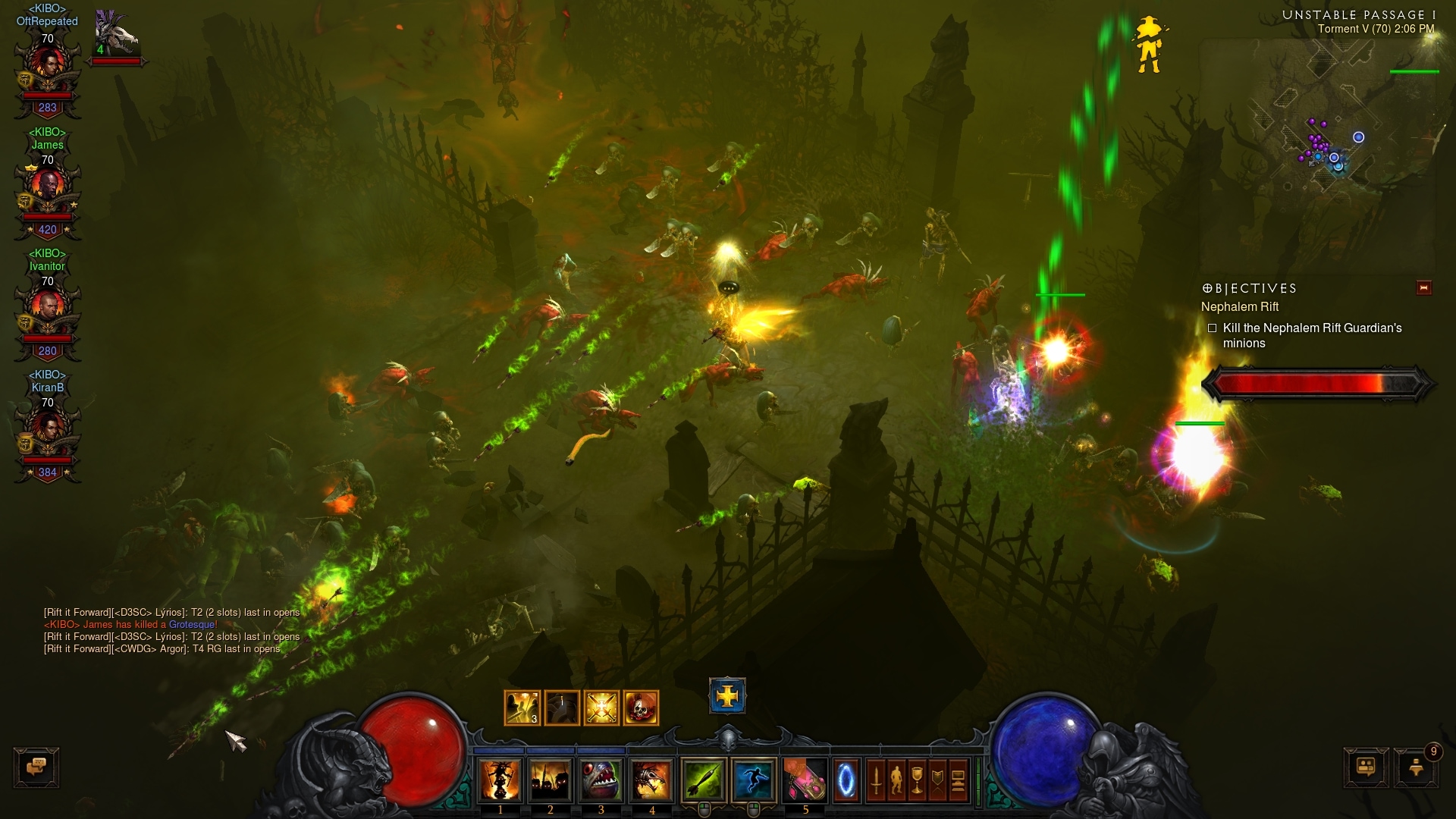 OftRepeated's "At My Signal" Witch Doctor is one of many great examples we've featured that thoroughly explores a theme both "just because" and for efficiency.

Aside from the visual name change, also be aware that our e-mail submission inbox name has also changed. You can now send your build ideas to PlayYourWay@Blizzard.com. Remember to go over our submission requirements checklist as incomplete entries will not be considered for publication. If you've already submitted builds to TheorycraftThursday@blizzard.com, don't worry about resubmitting them. Those entries haven't gone anywhere and are still up for consideration!A rose by any other name would smell as sweet, and the goal here remains the same. I still want you to send in your builds with your items to show the rest of the community how you play the game. This has been, and surely will continue to be, a fantastically fun feature to write and I look forward to continuing to share it with you all.

To wrap it up for today we got this awesome video! Zakdawg recorded this cool combo on the Public Test Realm. By equipping the Templar with a Mirinae (Smite Gem) and a Wreath of Lightning (Mini-conduit Gem), he created an endless loop with the two effects and the follower's Intimidate skill. Quite a spectacular light show! A shame Blizzard already fixed it (so this is probably your only chance of seeing it).