The Virtual Ticket for this year's BlizzCon is now available! Additionally, most of the in-game rewards have been revealed, but the loot for Diablo III is still somewhat a mystery. The official announcement mentions that "More BlizzCon Virtual Ticket extras are in the works, including a pair of wings for Diablo III players (PC/Mac version only). " Be sure to check back here for information on the Diablo III loot once it has been revealed, but be sure to let us know what you think in the comments.

The most epic family reunion on the planet is just a month away! BlizzCon® 2019 kicks off in earnest on November 1–2, when the Blizzard community around the world comes together in person, in-game, and online for two days of games, cosplay, contests, esports, and so much more. Everyone’s invited to join the fun from home, with more panel content from the main BlizzCon stages available to watch live online for free than ever before, along with the opening ceremony and esports tournaments. But if you want to take your BlizzCon home experience to the next level, you can pick up the BlizzCon Virtual Ticket, available to purchase now in the Blizzard Shop. The BlizzCon Virtual Ticket comes with a cache of commemorative extras to help you get into the show spirit in-game, including items for World of Warcraft®, Overwatch®, Hearthstone®, StarCraft® II, Heroes of the Storm®, and Diablo® III—plus some to-be-revealed surprises. You’ll also be able to watch in-depth live coverage of the convention alongside your fellow players on November 1 and 2, including two days of the All-Access Channel, the Community Night contests on Friday, and bonus panel content that takes you further inside your favorite games. Here’s what’s in store!

When you purchase the Virtual Ticket, you can bring a piece of BlizzCon with you into whatever world or universe you call home, and mark the occasion in-game alongside your friends, allies, teammates, guildmates, broodmates, and rivals. 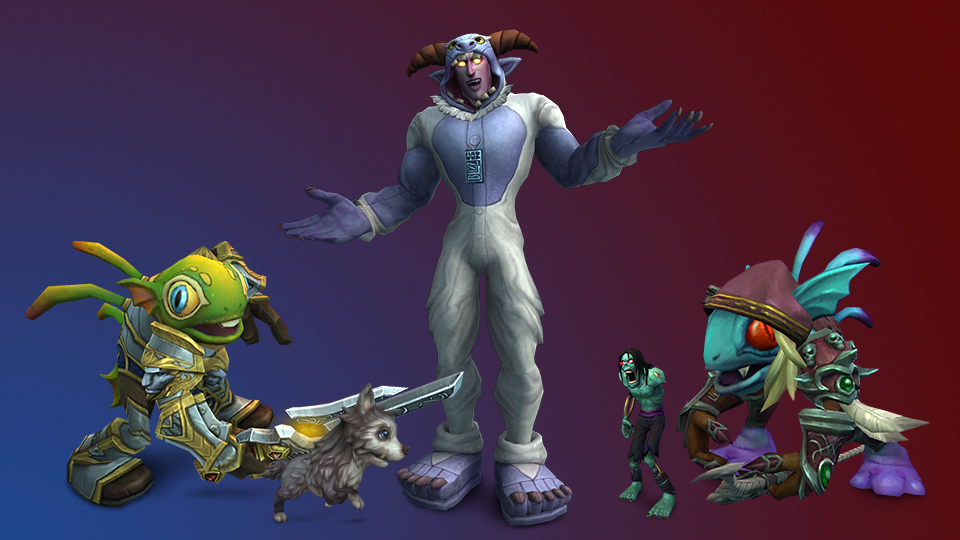 Finduin Pet – For the Alliance!

Gillvanas Pet – For the Horde!

Will you fight alongside brave Finduin, leader of the Mrrglliance and murloc-ified incarnation of King Anduin Wrynn? Or shall you serve Gillvanas, fearless leader of the Forseaken, on her quest for revenge against the Fish King? Both mini-leaders will bust out dance moves, combat maneuvers, and even their own mini pet to help recreate your own briny battle for Azeroth. Wendigo Woolies Transmog Outfit Bundle up for your next trip to Azeroth’s icy mountain peaks with the warm and whimsical Wendigo Woolies. This transmog outfit can partially or fully replace the look of your gear, filling your foes with a confounding combination of terror and delight. OVERWATCH 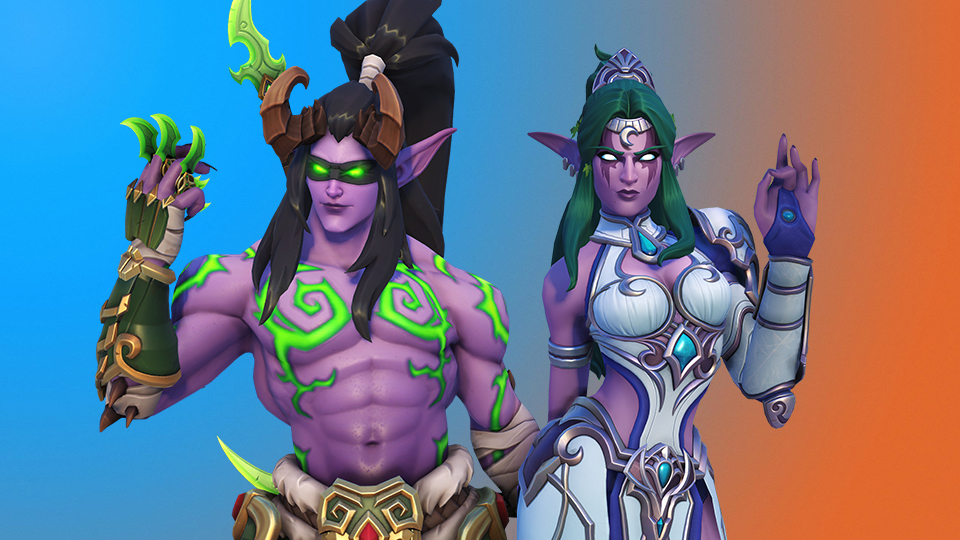 We’re celebrating 25 years of Azeroth’s past at this year’s BlizzCon—and to mark this legendary occasion on future Earth, we’ve created a pair legendary Overwatch skins representing two iconic Warcraft heroes. Prepare to seek vengeance against your opponents with Illidan Genji, and call upon the power of the (hard-)light of Elune as Tyrande Symmetra! HEARTHSTONE
In-game after BlizzCon* 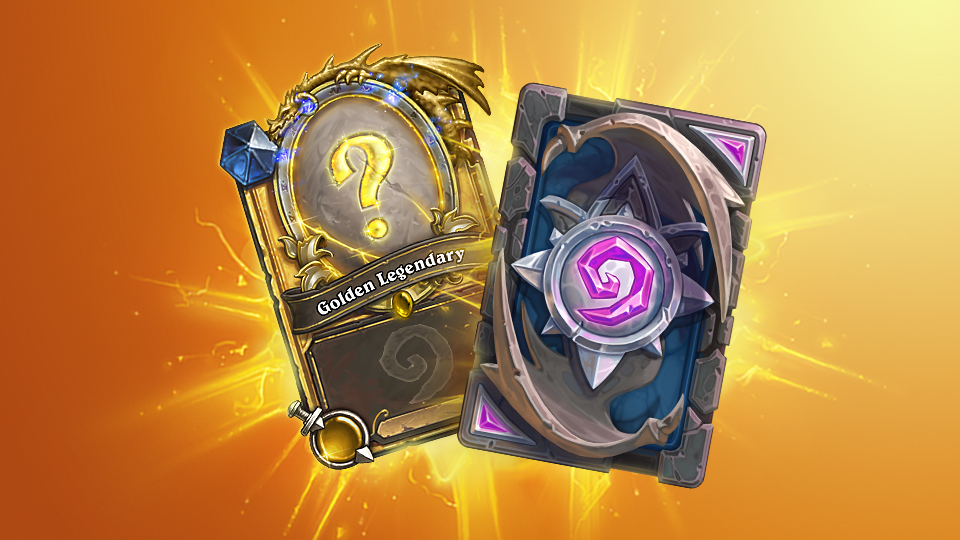 Celebrate the excitement of BlizzCon the next time you sit down for a duel with the BlizzCon 2019 Card Back. Plus, prepare to claim a mysterious Golden Legendary card—to be revealed at BlizzCon! STARCRAFT II
In-game today 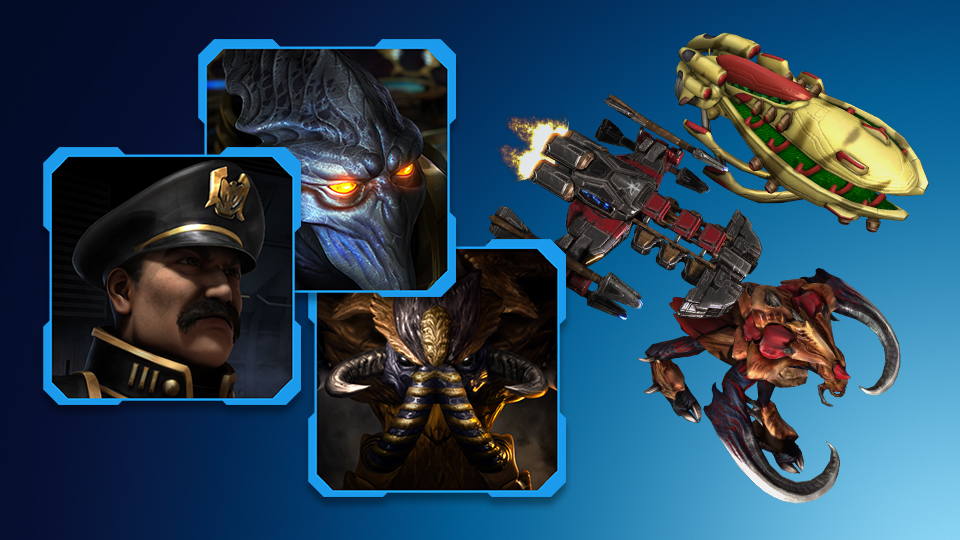 Equip a trio of Brood War–era unit skins and portraits the next time you go into battle across the Koprulu sector. Scout for a zerg ambush aboard the Classic Battlecruiser, hunt your prey with the sinewy Classic Ultralisk, and honor Tassadar’s sacrifice with the Classic Carrier. HEROES OF THE STORM 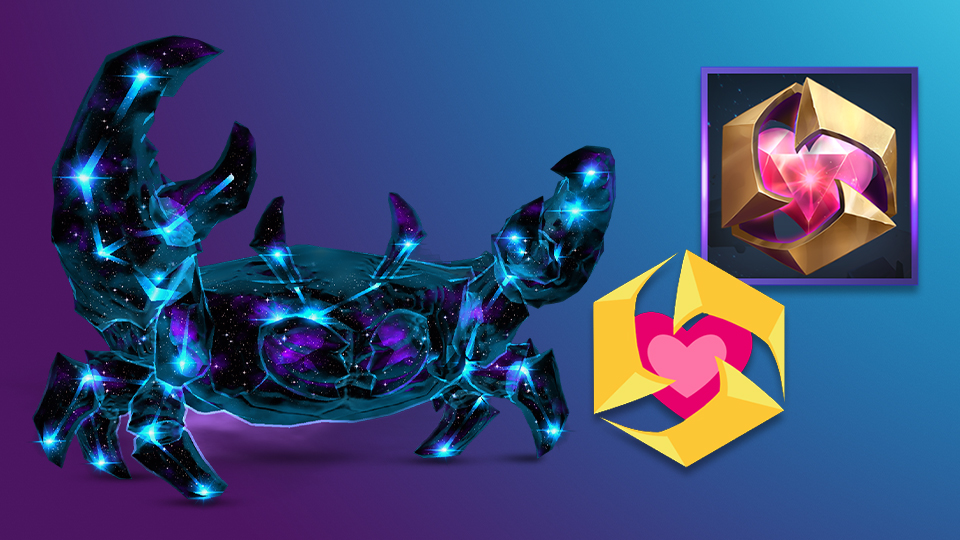 Make your mark in the Nexus with a commemorative BlizzCon spray and portrait, and ride into battle on Celestial Deepcrawler mount. It may not look dangerous, but those claws can give you a nasty pinch…or wipe out all life on your planet. AND MORE TO COME. . . . More BlizzCon Virtual Ticket extras are in the works, including a pair of wings for Diablo III players (PC/Mac version only)*. Stay tuned for more details. 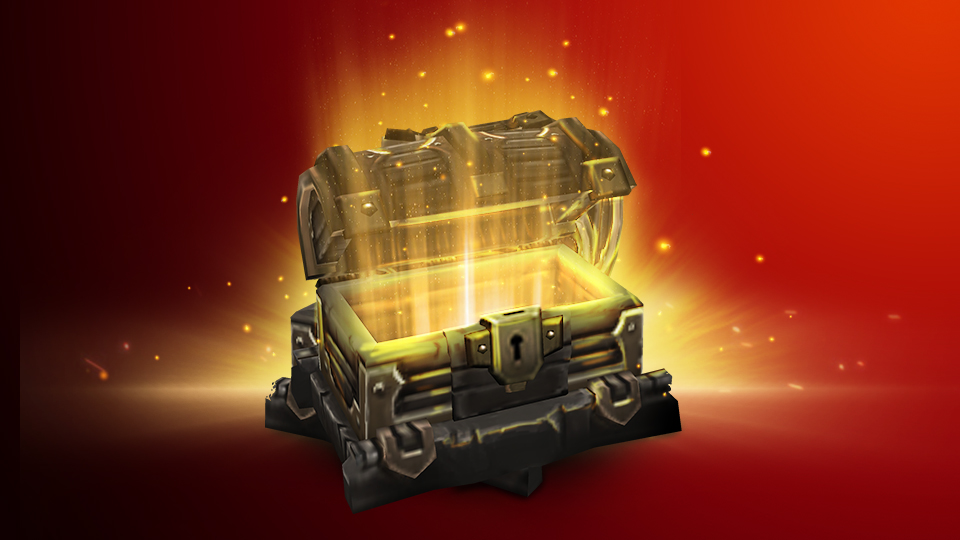 WATCH BLIZZCON AT HOME (OR ON THE GO) As always, we’ll kick things off with an epic welcome during the free-to-watch BlizzCon opening ceremony, scheduled to begin at 11 a.m. (PDT) on Friday, November 1. You’ll also once again be able to watch this year’s BlizzCon esports tournaments free, including the Overwatch World Cup and the culmination of the World of Warcraft Arena World Championship, WoW Mythic Dungeon International, Hearthstone Global Finals, and StarCraft II World Championship Series. In addition, for the first time you’ll be able to catch additional content from the main BlizzCon panel stages free online—we’ll share more details once we reveal the BlizzCon schedule at a later date. If you want to geek out and go even further in-depth, the BlizzCon Virtual Ticket has you covered. Here’s what you’ll get to watch live and in on-demand replays on BlizzCon.com and in the BlizzCon Mobile App with this year’s Virtual Ticket: BLIZZCON ALL-ACCESS CHANNEL The BlizzCon All-Access Channel acts as your virtual tour guide through both full days of the main event on November 1 and 2. Your hosts will explore every corner of the convention, taking you from the main stages to the esports tournaments to inside places like the Darkmoon Faire. Plus, you’ll get even more exclusive developer interviews and insights over the course of the show. COMMUNITY NIGHT Every BlizzCon, the Blizzard community takes center stage on Friday evening and puts their imagination and skill on display in the legendary costume contest, talent contest, art contest, and movie contest—and every BlizzCon, Community Night winds up being one of our favorite parts of the show. Steel yourselves for some epic creativity! IN-DEPTH PANEL COVERAGE We’re making more panel content available free this year, but if you’re interested in going further in-depth and behind-the-scenes, the Virtual Ticket offers the most complete home coverage of this year’s developer panels you can get. You’ll get access to everything on the Mythic, Legendary, and Epic stages, including behind-the-scenes looks at your favorite games, session with artists and voice actors, and more. Full schedule to be revealed in the weeks ahead! CLOSING FESTIVITIES Stay awhile and close things out with a night full of musical performances, live from multiple stages on Saturday night—stay tuned for details about this year’s performances. Note that on-demand replays of the closing festivities will be limited; for the best experience, be sure to watch it live! Attention BlizzCon attendees! If you purchased a BlizzCon Pass, BlizzCon Portal Pass, or BlizzCon Benefit Dinner pass, our ticketing partner AXS will be sending Virtual Ticket codes to all current passholders starting today, so keep an eye on your inbox. If you have multiple tickets in your AXS account, you’ll receive one email containing multiple codes (one for each ticket in your account). If you’re planning to attend with friends or family, make sure to send them one of the codes so they can join the fun. BlizzCon Gear Sale Incoming! For everyone interested in what’s coming to the BlizzCon Store this year, the BlizzCon Online Gear Sale is coming soon—and this year, it will be open to everyone right off the bat, regardless of whether they have a Virtual Ticket. Stay tuned for more information in the weeks ahead. If you can’t be at BlizzCon in person, the Virtual Ticket is the ultimate way to be part of the planet’s most epic community celebration from wherever you call home. *Hearthstone and Diablo III items will be available on or before December 31, 2019.