Blizzard has revealed the key art for BlizzCon 2019 on Twitter! As you can see in the image below, it features characters from Overwatch, Warcraft, Hearthstone, Heroes of the Storm, and Starcraft. Most notably however is the Diablo Barbarian directly in the center. While there is no doubt that the character is a Barbarian, upon further inspection he appears to also be distinctively different from the Barbarian in Diablo Immortal due to different armor as well as the lack of war paint/tattoos; however, these differences could also just be due to a change in artistic expression, so take our interpretation with a grain of salt.

Additionally, Blizzard also revealed that the Virtual Ticket will launch next month! Hopefully we will hear about the in-game rewards from the Virtual Ticket soon, which should help give us a better idea of what to expect from Diablo at BlizzCon 2019. 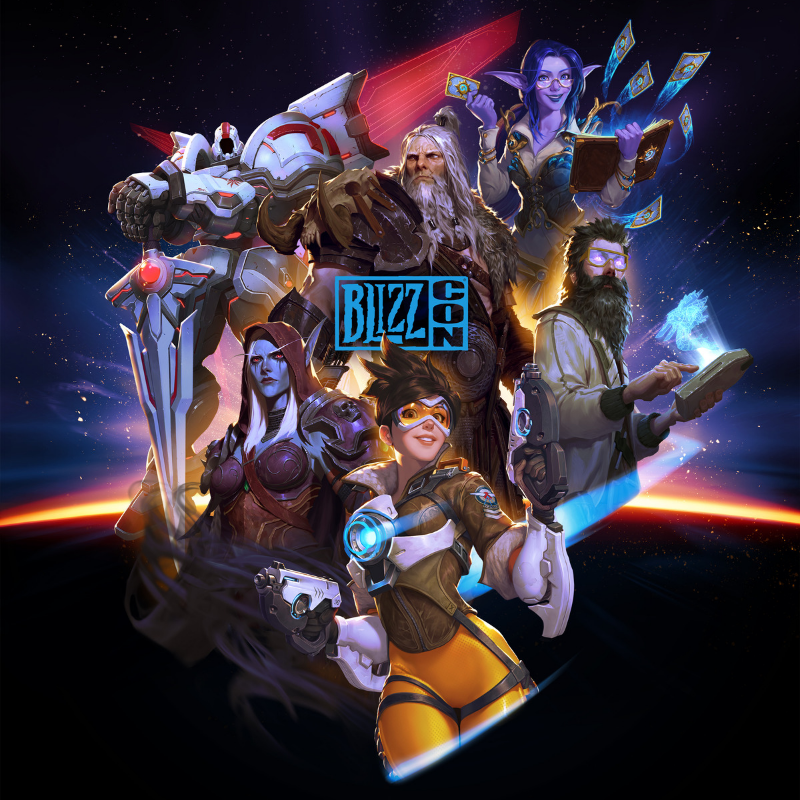 56 days until BlizzCon! We’re excited to share with you this years #BlizzCon 2019 Commemorative Art.