Diablo 3 Eternal Collection for Nintendo Switch comes included with built in generic Amiibo support, meaning that if you own any of Nintendo's interactive figures, you'll be able to use them to summon a Champion Pack once per day in-game. But that's just part of the picture. While testing out the Amiibo functionality for review purposes, it seems like the game itself confirms rumors that have been recently swirling — Diablo Amiibo appear to be real.

We don't know the full extent of what's to come, but the tutorial image for how to scan in an Amiibo clearly shows a Treasure Goblin Amiibo being used. Check it out below. 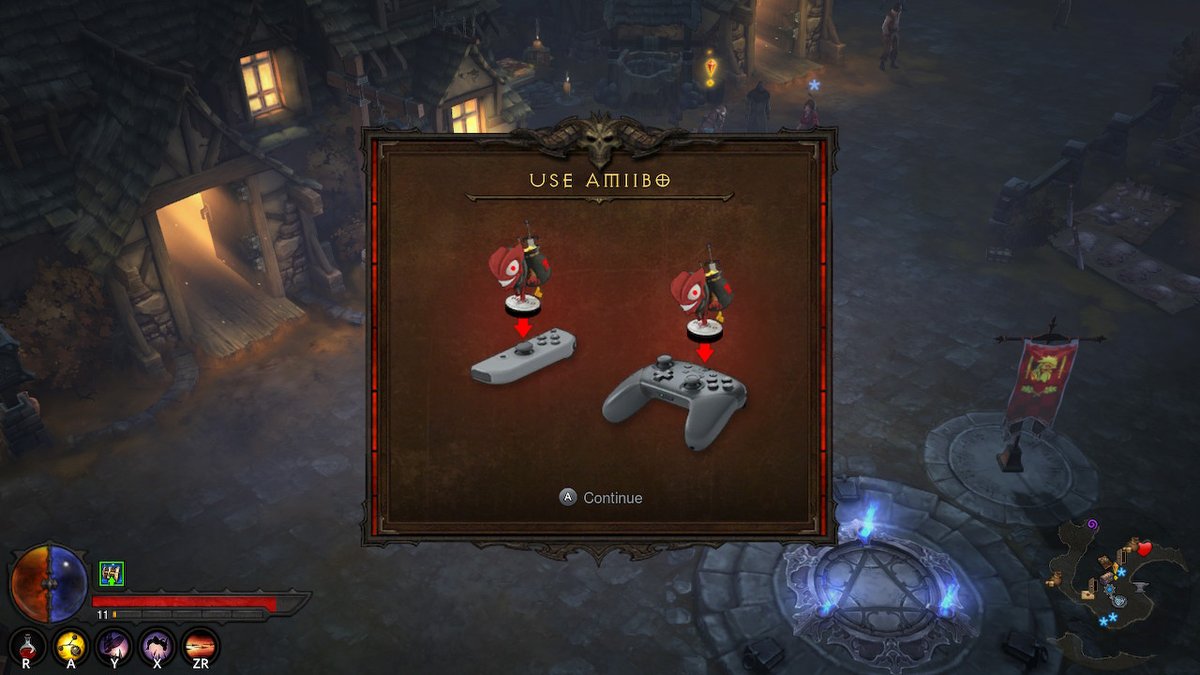 Is there a chance that Blizzard simply made a mock-up Amiibo for this image with no intention of actually creating Diablo-specific Amiibo? Sure, there's a chance, but it's a small one. It seems a pretty safe bet at this point that Blizzard will be making an announcement at BlizzCon later this week regarding Amiibo. A recent Reddit post already suggested that code in the game points towards two Diablo specific Amiibo, one of which was the now seemingly confirmed Treasure Goblin. As for the other Amiibo? We will likely have to wait until Friday when BlizzCon starts to find out the details.

Cameron Koch is a Wichita, Kansas based writer whose love for gaming spans all genres and platforms. On the rare occasion when he is separated from a keyboard or controller, he enjoys fencing and obsessing over the latest and greatest Godzilla film.