The “just one more” nature of Diablo 3 — whether it’s battling through just one more dungeon, conquering one more nephalem rift, or cashing in one more bounty — makes it a perfect fit for Nintendo’s home/handheld hybrid console. After all, who hasn’t dreamed of bringing Diablo on the go?

That dream is now a reality, and after spending several hours playing both on the couch and in handheld mode on a recent trip, I feel confident saying that Diablo 3 Eternal Collection for Nintendo Switch, available November 2, is the definitive way to play Diablo 3 on consoles.

Being able to bring the loot-filled dungeon crawler anywhere is the core reason Diablo 3 on the Switch is so great. It’s simply too much fun always having the ability to slay more demons at your fingertips. That being said, a subpar handheld playing experience could have completely negated the main appeal of Diablo 3 on Switch in the first place.

Thankfully, playing Diablo 3 in handheld mode is a joy. I initially had some concerns the framerate in handheld mode wouldn’t be able to hold up once the action started to get intense. After all, especially after the opening few hours, a lot can happen on screen at once in the form of dozens of enemies, death physics, particle effects from multiple abilities, and more.

I am pleased to report that the game runs silky smooth no matter what is happening on screen. Even when playing as the included Necromancer, complete with an army of skeletal minions, legions of hostile demons, and a nonstop stream of exploding corpses, Diablo 3 on Switch doesn’t skip a beat. It controls just as well as the previous console release when using the docked joycons. 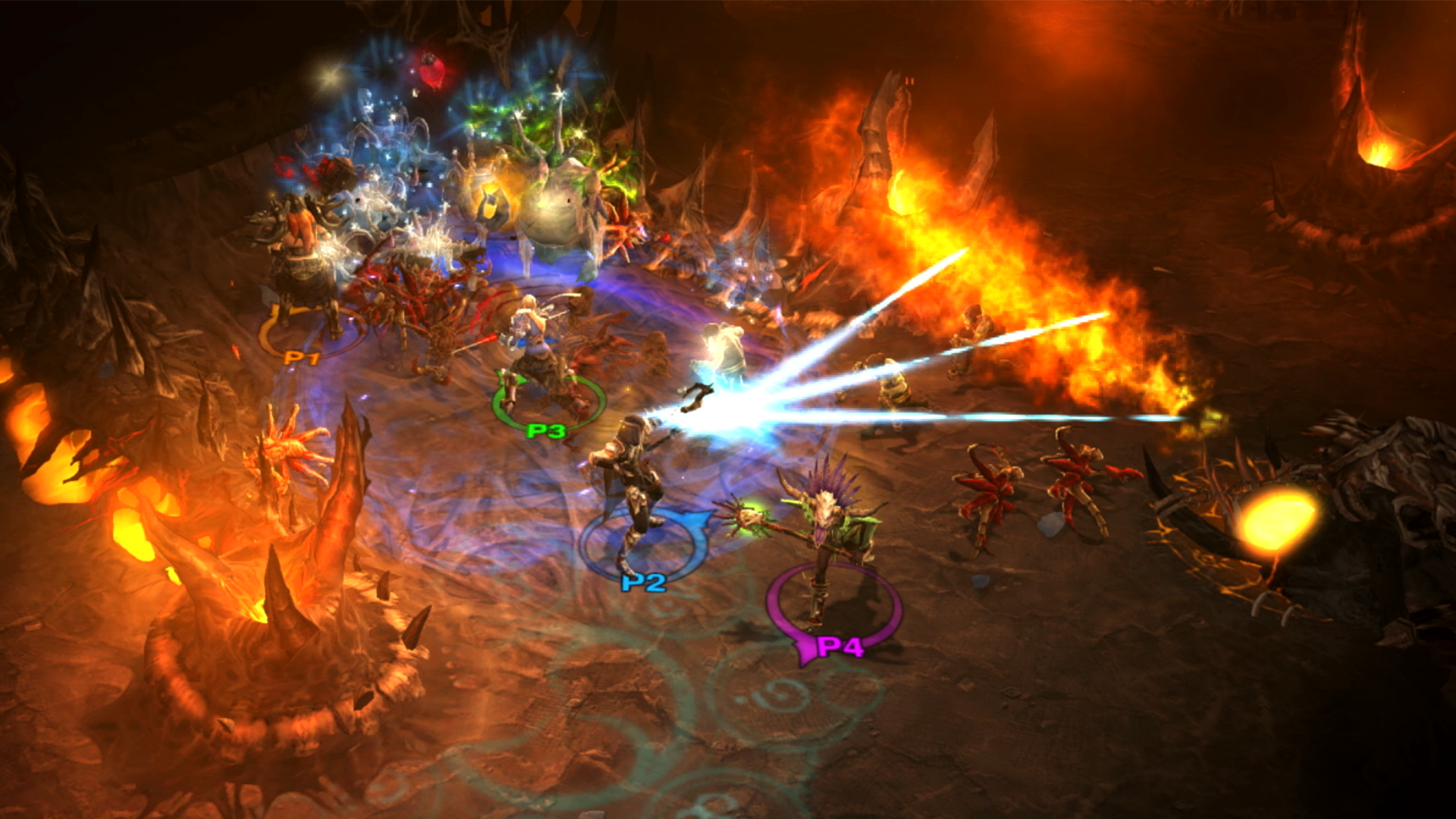 The same can be said for playing in docked mode on the big screen — it looks, runs, and controls great. Speaking of controls, there are numerous supported ways to fight back the armies of hell. For many, the dual joy-con setup, either in handheld mode or using the controller grip while docked, will be the default way to play, and it functions much the same as previous console versions. You can roll by flicking the right control stick, quick-equip items, etc., etc. If you happen to have a Pro Controller, that’s supported as well and is what I would recommend playing with, as I simply think it’s a sturdier and overall better piece of hardware. Really though, you can’t go wrong with any control option...with one caveat.

Unfortunately, this is absolutely the worst way to play, and while it’s technically functional, I wouldn’t recommend it if at all possible. The core issue is the joy-con simply doesn’t have all that many buttons. Diablo 3, on the other hand, uses lots and lots of buttons. So, how did Blizzard make it all fit? The solution they come up with was to map certain actions to clicking in the control stick and then clicking another appropriate button. This is done to bring up the map and main menu, as well as to do numerous other functions in the inventory screen. 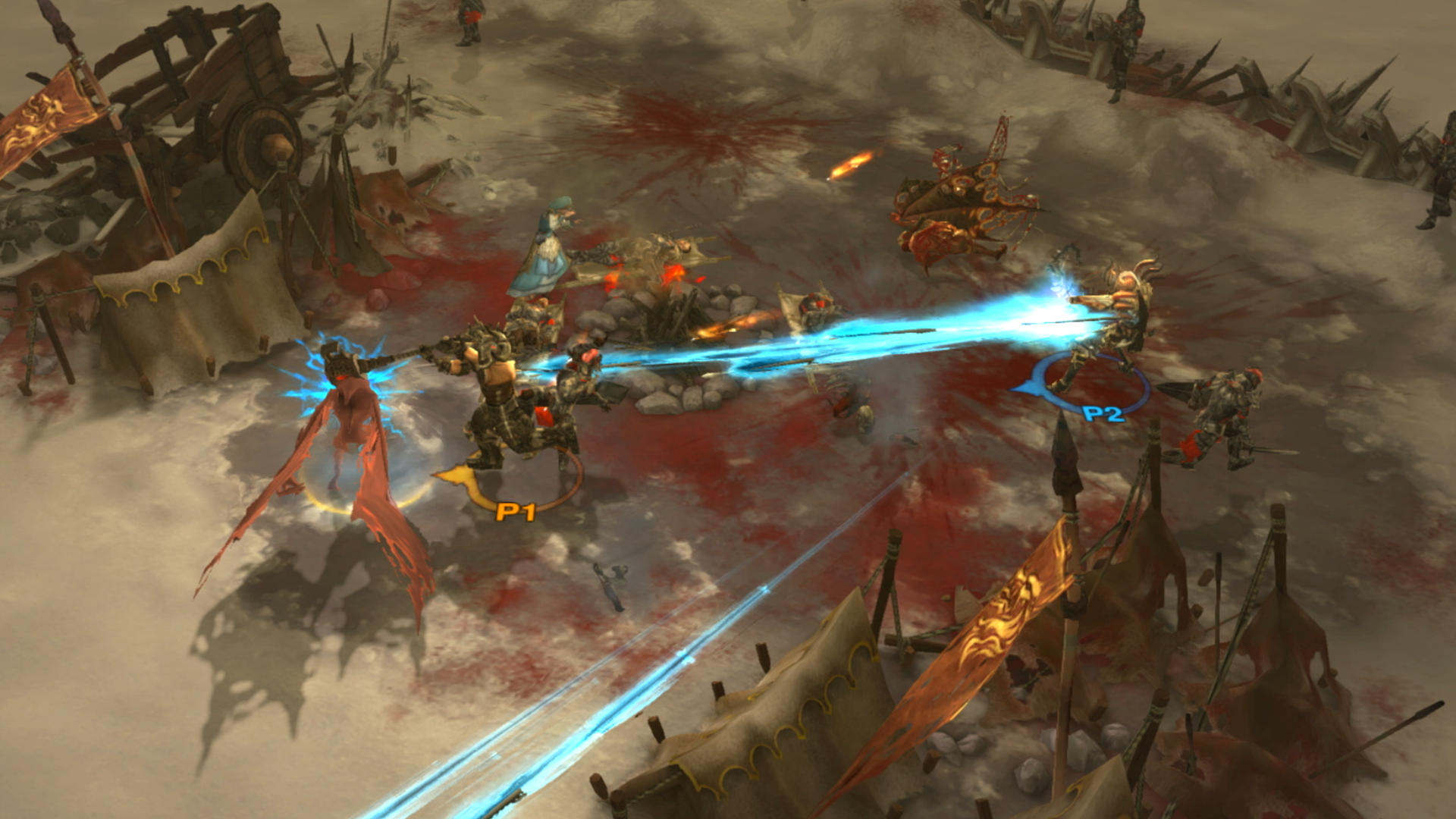 To call it cumbersome would be an understatement. I can’t tell you how many times I did the wrong action when attempting to view item stats or equip a new item, all because my finger stopped pressing down on the control stick by accident. Contorting your hand to bring up menus is also a huge hassle — it actually took me a solid five minutes of trying button combinations to figure out how to bring up the main menu (where I very much needed to view the control scheme). Turns out that was because pressing the “-” button (which is just to the upper left of the control stick on the left joy-con) and clicking in the stick at the same time is, I’m pretty sure, physically impossible without using your other hand. And to roll, a core feature of Diablo 3 on console? You have to physically shake the joy-con. Yes, Diablo 3 on Switch has (a) motion control.

Playing with a single joy-con is rough, and it sucks that the main way to play couch co-op is held back by the joy-con’s lack of buttons. I’m not sure what else Blizzard could have done given the circumstances, but if you are able to shell out the money for another two joy-cons or a Pro Controller, I would absolutely recommend it.

The single joy-con business, in all honesty, is the only downside about Diablo 3 on Switch. It runs perfectly and sports a number of ways to play with friends in the form of couch co-op and online. Even better, if you and all your friends (and all their Switches) are in the same room, you can all link up via the Switch’s wireless function to all play together in handheld mode. 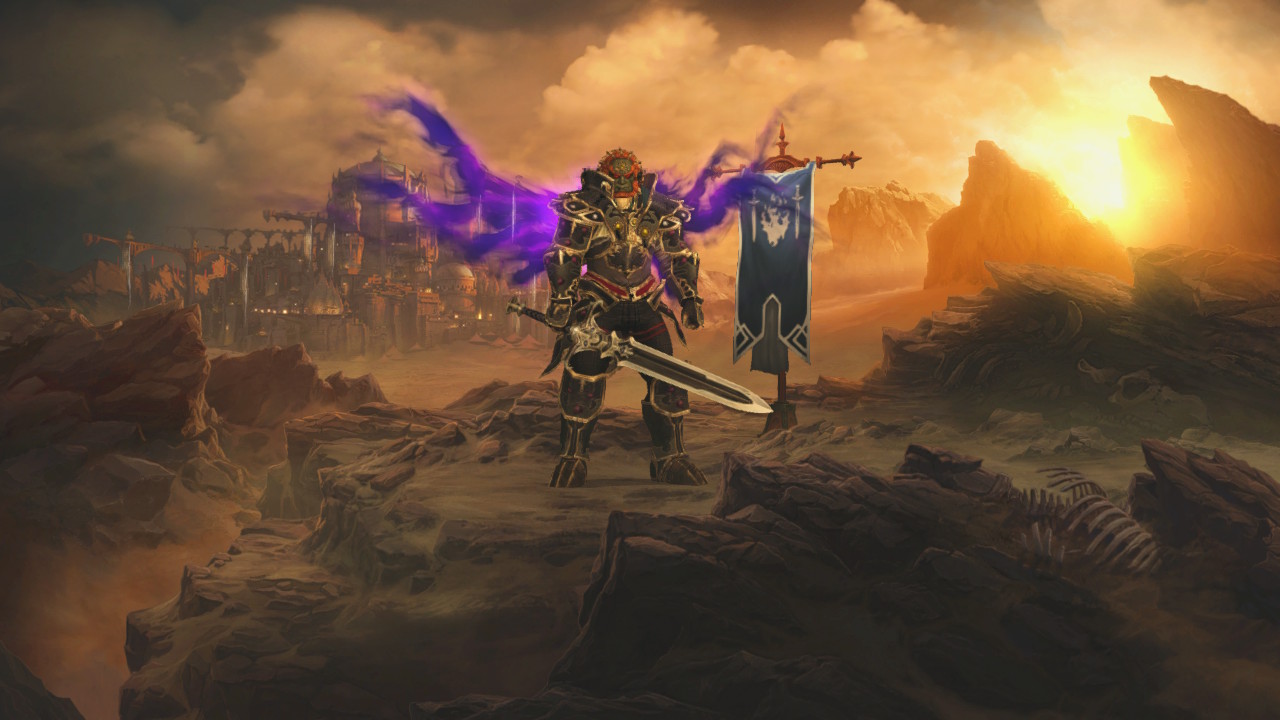 It also comes packed with some Nintendo exclusive goodies that, while nothing crazy, are still cool in the form of the Cucco pet, Echoes of the Mask wings, Ganondorf themed cosmetic set, Triforce portrait frame, and, perhaps most notably, Amiibo support.

The game currently supports generic Amiibo functionality, which means that if you own any of Nintendo’s interactive figurines, you’ll be able to scan it by using an in-game item found in your stash. The Amiibo then summons a Champion pack for you to battle (once per day, per user). What’s more interesting is the image included in-game that demonstrates how this feature works; it shows what is clearly a Treasure Goblin Amiibo. Blizzard isn’t saying anything just yet, but it’s becoming clear that fans can expect a Diablo-themed Amiibo announcement at BlizzCon later this week, which makes perfect sense considering the game launches the same day the convention starts.

If you’ve yet to experience Diablo 3, this is the complete package, and being able to bring it on the go is a match made in heaven. In that way, the Nintendo exclusive items and the Amiibo support is just icing on an already perfect cake. This is the best way to experience Diablo on consoles — as long as you aren’t playing with a single joy-con. Not even the Lords of Hell would wish that upon somebody.

Cameron Koch is a Wichita, Kansas based writer whose love for gaming spans all genres and platforms. On the rare occasion when he is separated from a keyboard or controller, he enjoys fencing and obsessing over the latest and greatest Godzilla film.