There are many figures in Diablo lore that have helped shape the world of Sanctuary and all those who dwell within it, but few have had as large an impact on it as the forces of the High Heavens and the Burning Hells.

This series will take a closer look at the leaders of these factions and where they stand in the current Diablo timeline. In this article, we'll take a look at Mephisto, Lord of Hatred.

Lord of Hatred, The First Brother, Ruler of Hell

Mephisto is the Eldest of the three Prime Evils, making him one of the oldest beings in all of Creation. A master manipulator and schemer, Mephisto was the defacto ruler of Hell through his many machinations that kept his rivals, and allies, at war with one so that none could challenge him. In the end though, even Mephisto was tricked by Diablo and made a pawn in the Lord of Terror's scheme to become the Prime Evil. But is this truly the last we have seen of the Lord of Hatred? 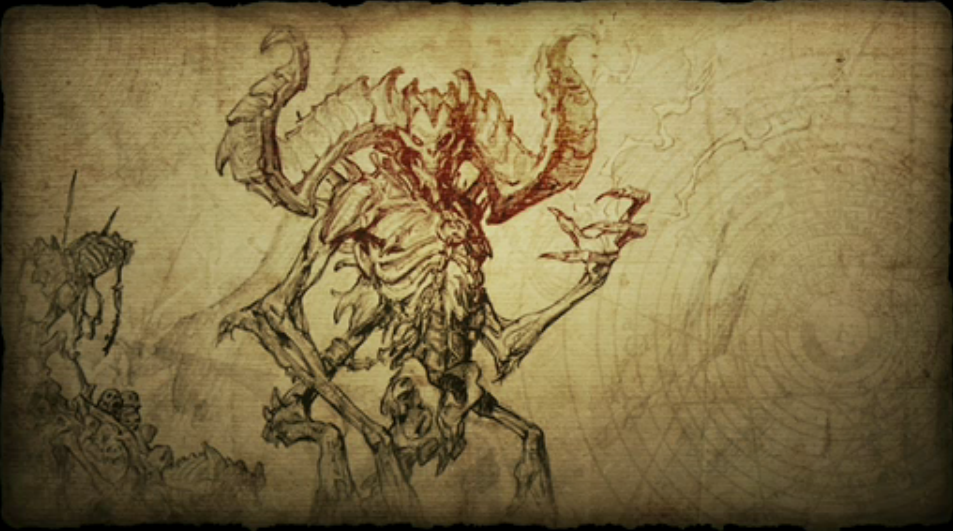 Mephisto is one of the few Lords of Hell known to have children and befitting his status in Hell, his children have also held positions of power that have helped shape Sanctuary. It was Mephisto's daughter Lilith that conspired with Inarius to steal the Worldstone and create Sanctuary itself. It was also Lilith that recognized the power of the offspring of angels and demons, the nephalem, and tried to turn them into an army to subjugate both Heaven and Hell. Later, during the Sin War, it was Mephisto's son Lucian who would lead the forces of Hell that were trying to corrupt all of humanity while challenging Inarius' rule of Sanctuary. When the Lucian ultimately failed and the Sin War came to it's climax, it was Mephisto who bargained with the Angiris Council as the representative of Hell.

After the Three Prime Evils captured Izual during his ill-fated raid on the Hellforge and pried the secrets of the soulstones from the angel's tortured form, they began planning the end of the Eternal Conflict. Mephisto lead his brothers in plotting how to fake their own exile to Sanctuary, fooling the Angelic Hosts, and giving them ample opportunity to corrupt all of mankind. They would then use the latent nephalem powers within humans as a weapon against the High Heavens and swing the Eternal Conflict in favor of Hell. The Three would manipulate the Lesser Evils into overthrowing the Primes and orchestrate their banishment to Sanctuary as a form of punishment. Armed with the secrets provided by Izual, Mephisto and his brothers knew that Tyrael would likely intervene and try to use the soulstones to capture and imprison their souls. Little did Mephisto know that Diablo had already started plotting his own ascension to become the sole Prime Evil.

The Rise of the Three

Mephisto was the first of the Three to be captured, but with his skills of manipulation and corruption he was also the first free himself. After centuries of slowly corrupting generation after generation of the leaders of the Zakarum Church, he was finally able to overcome to the prison of the soulstone and lead the priests in a ritual that shattered his soulstone into seven fragments and freed his essence from within. The sole high priest of the Zakarum to remain uncorrupted, the Que-Hegan (leader) Khalim, was turned on by his fellows and was dismembered so that he could not interfere with the release of Mephisto. The next priest to be promoted to Que-Hegan, Sankekur, was used as Mephisto's physical vessel on Sanctuary. Using Sankekur, Mephisto would tighten his control of the rest of the Zakarum Faith and set about long laid plans to free his brothers. The heroes of Diablo II would eventually come to face-to-face with the Lord of Hatred on their quest to hunt down and stop Diablo, defeating Mephisto and shattering his soulstone.

While his soulstone was shattered, Mephisto's soul survived and was left in some form of limbo for 20 years until Diablo's servant, Adria, trapped the Lord of Hatred's essence within the Black Soulstone in order to form the Prime Evil. Upon the completion of the Black Soulstone, all the power of the seven Great Evils were merged into the singular being known as the Prime Evil, with Diablo in control. But could that really be the end of Mephisto?

In the final battle with Malthael during Reaper of Souls, the Angel of Death shattered the Black Soulstone and absorbed it within himself to try and combat the Nephalem hero. Even with all of that power, Malthael was still laid low by the Nephalem, but what happened to the Black Soulstone and the souls trapped within it were left wide open at the end of the Reaper of Souls. 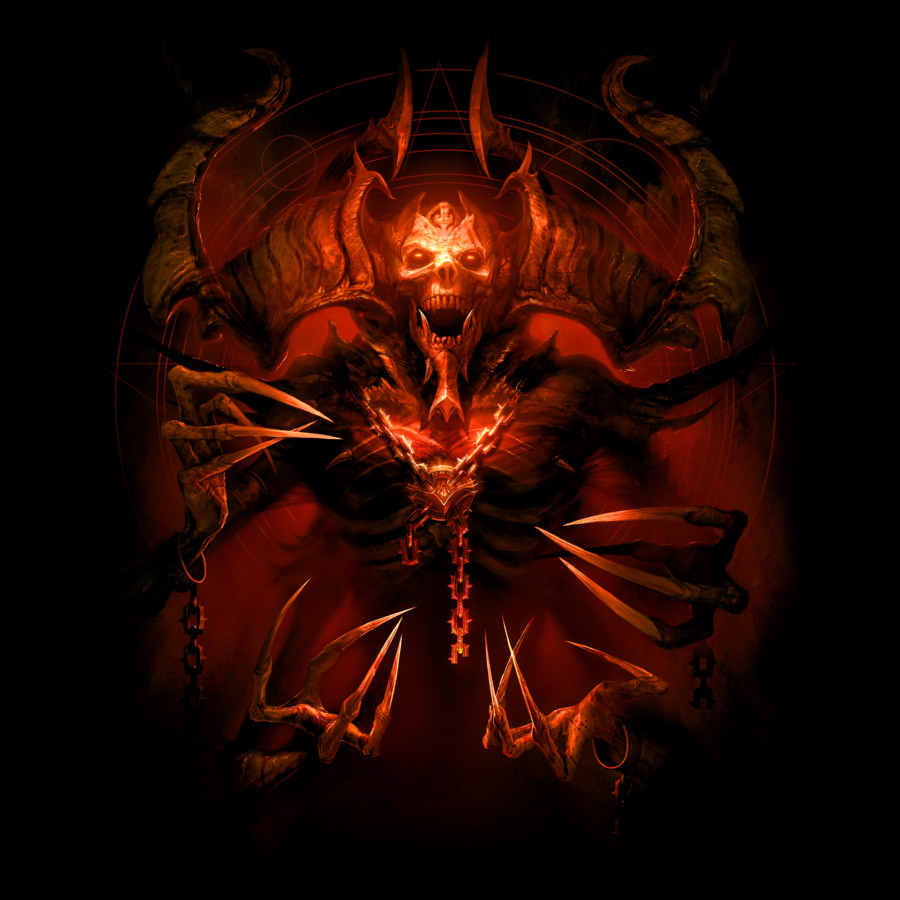 Some of the writers of Reaper of Souls have commented in the past that if (they haven't definitely said this is the case) Diablo was released following Malthael's destruction, it would be Diablo's Prime Evil form released and not the individual Prime Evils. But this isn't canon, at least not yet. Blizzard could easily walk back those comments in Diablo IV or whatever comes next. A being as powerful and manipulative as Mephisto would surely be raging at his bonds within the Black Soulstone and fighting against whatever magics Diablo used to enslave his soul.

What if the Black Soulstone was still functioning even after being shattered? Could Diablo have lost control over the Prime Evil? Having a Prime Evil that changed personalities or tactics throughout a story could be a very interesting antagonist. No longer were you facing the Prime Evil as a singular monolithic Evil, but as an ever changing enemy as the different Lords of Hell fought one another to assume temporary control of the Prime Evil. The Prime Evil was able to corrupt angels and the High Heaven's themselves by its mere presence while Diablo was using its power in a full frontal attack. What if Mephisto had been in control? Imagine the horrors that could have been unleashed if that kind of corrupting influence was used across all of Sanctuary instead? The Prime Evil could have been infesting Sanctuary by tapping into the demonic nature within all humans and raising an army of potential nephalem. A Prime Evil controlled by Mephisto would be a far more sinister opponent to face than the one we defeated in Diablo III.

What if Mephisto was able to escape the confines of the Black Soulstone and regain his free will? Malthael had changed the Black Soulstone and had been using it to absorb the power of human/nephalem souls from all across the world. The Lords of Hell that had also been trapped within could easily have been infused with some portion of that power. A lesser lord of Hell, a minion of Azmodan known as Vidian, effectively used the blood of humans to infuse himself with a small portion of a nephalem's power. It would not be a far stretch to see a being of Mephisto's talents being able to harness the power of all those souls he was trapped alongside within the Black Soulstone. Whether Mephisto would turn that power on Sanctuary and the High Heavens or his own brethren in retaliation for using him as a tool is anyone's guess.

Mephisto may be MIA in Diablo itself as of late, but the Lord of Hatred is now playable in Heroes of the Storm.