Diablo 3 on the Switch?

One of the biggest rumors buzzing around the Diablo community at the moment is the possibility of Diablo 3 coming to the Nintendo Switch. The rumor has been shared around the web across various news sites and even got a response from Blizzard in the form of a cryptic tweet. But Blizzard has since gone on record to say that they did not mean the tweet as an acknowledgement of a Switch version in development and that they have no official announcements for Diablo 3 at this time. A few days later, a report from Eurogamer seems to confirm that the game is indeed in production, though a official announcement appears to be several months away.

This back and forth has, naturally, sparked lots of conversation. With that in mind I wanted to dive in and give my thoughts on what features I’d like to see included if Diablo 3 does ever arrive for the Switch. 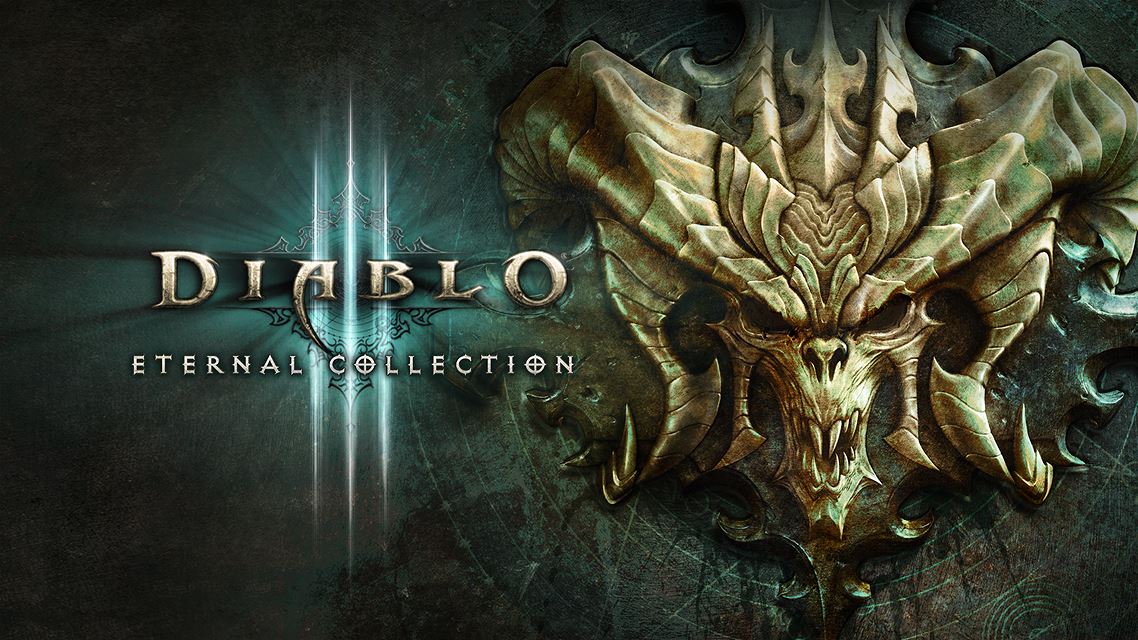 The Necromancer and Eternal Collection

Currently, new copies of Diablo 3 available for the PS4 and Xbox One come in the form of the "Eternal Collection", which contains the base game, Reaper of Souls, and the Rise of the Necromancer pack. I would expect nothing less from the Switch Version, so no extra DLC here: just one purchase for all of the currently available Diablo 3 content.

When Diablo 3 was originally announced for consoles, Blizzard had a load of special pre-order bonus items exclusively for the Playstation 3 based off of popular Sony IPs, namely Journey and Uncharted.

Blizzard would later go on to release more exclusives for the launch of the Ultimate Evil Edition for the PS4 with the Shadow of the Colossus transmog and the chance of encountering a special Last of Us themed ‘Clicker’ Rift. 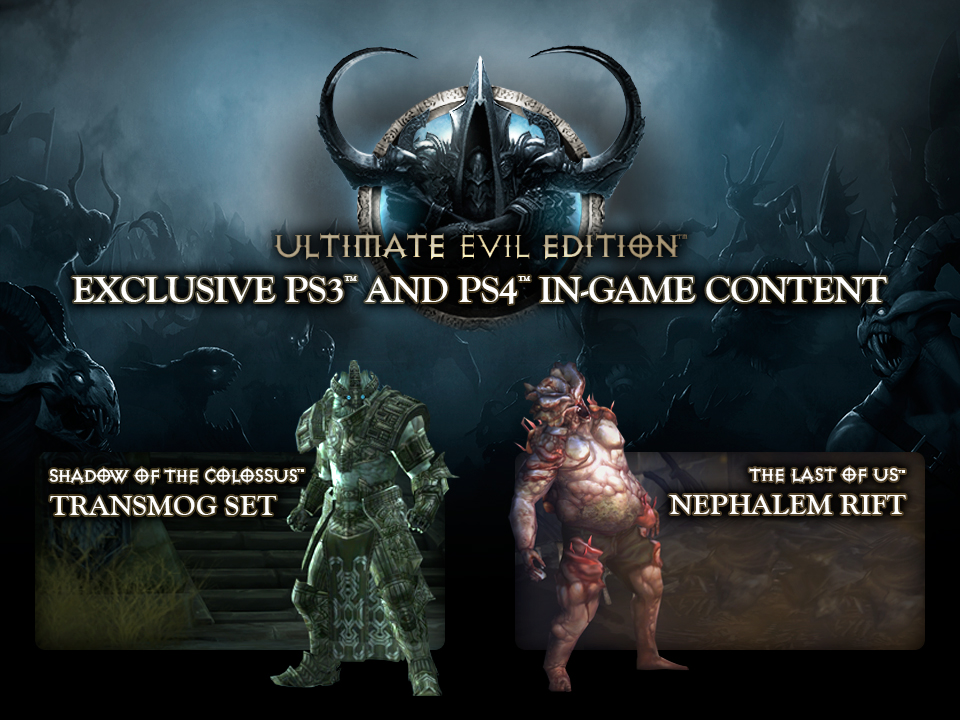 Could we see Blizzard repeat this pattern for the Switch? There are certainly tons of possibilities.

A Legend of Zelda themed transmog of Link’s tunic?

Samus inspired shoulders and helm to go alongside the Starcraft transmogs?

A chance for Whimsydale/Whimsyshire to spawn with Koopas and Goombas?

With so many iconic IPs a version of Diablo on a Nintendo console would have an incredible selection of transmog, cosmetic, or thematic items to offer.

Diablo On The Go

All console versions of Diablo 3 offer an offline mode of play. If the Switch rumor does come true, Diablo 3 would be the first in the series to go mobile and be able to be played anywhere. Running a rift while waiting between classes, finishing some bounties while on your lunch break from work, or you could even play while flying. 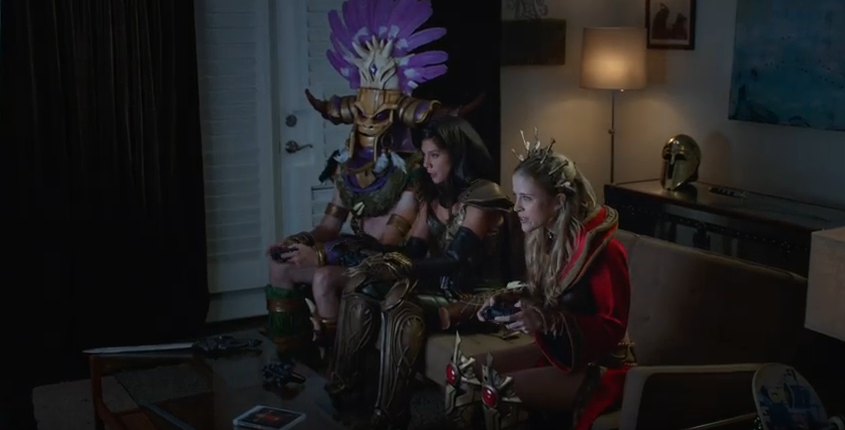 Local Wireless Play - The Next Level of Couch Co-Op

The portable nature of the Switch would make this feature a sure bet. One of the original intentions for the console port of Diablo 3 was the idea of the couch co-op. Couch co-op, aka local multiplayer, is simply having multiple players all play on the same screen in the same room. Blizzard’s commitment to couch co-op lead to many changes in the game, from Necromancer corpse usage on consoles, the ability for multiple players to enter Set Dungeons, and even for the multiplayer Challenge Rifts. The Switch’s local wireless play feature is the next logical step for couch co-op. Rather than every player playing on the same screen, a player could play on their individual Switch while still being linked in a party with players playing nearby on their own Switches. Any place with a wifi connection could be an instant group to play with friends. Local play would combine all the best aspects of the Switch’s mobile nature and Blizzard’s commitment to the multiplayer experience. Imagine putting together Bounty runs or Rift groups while hanging out at BlizzCon.

The Ultimate Evil Edition launched in 2014 and there hasn’t been any major mechanical overhauls to the console version of the game since then. A Switch version would be the perfect opportunity for Blizzard to revisit the game and make improvements.

One of the biggest weaknesses of the console versions of Diablo 3 are the controls. Many of the best builds on PC don’t translate well to console due to many skills having fixed targeting. As an example, very few Wizards on console use any type of Meteor build due to the awkwardness of targeting the skill when surrounded by enemies, while easier to use skills like Energy Twister dominate the Wizard leaderboards. The simplified targeting system on consoles make Diablo 3 feel like an almost completely different game at higher level Greater Rifts. The Switch version could bring the higher level experiences closer to one another through an overhaul of the control scheme of the game.

Diablo 3 on consoles seemed like a huge risk for Blizzard. It was their first console game in over a decade and it was a litmus test of sorts to see if there was any interest for Blizzard titles on platforms other than PC. With the success of Diablo 3 and then Overwatch on the Playstation and Xbox, a Switch version of Diablo 3 is definitely in the realm of possibility. A Switch version of Diablo 3 could be a good way to gauge consumer interest in Blizzard titles on the Switch as well. If the game sold well, Blizzard might look to bring over Overwatch or other future titles to the Switch.

What do you think about the possibility of Diablo 3 on the the Switch? What new features would you like to see included? Let us know in the comments below.