With the Diablo anniversary event starting any day, and Season 9 starting Friday, we should see the patch hit any day (with most bets on today!). We have not seen any half pushes of the patch yet, but they could patch at any time!

An ancient evil stirs in the ruins of Old Tristram, and a mysterious portal has appeared that leads to the halls of an all-too familiar cathedral. Deep beneath the catacombs, the Dark Lord awaits any intrepid adventurer who dares to challenge him. 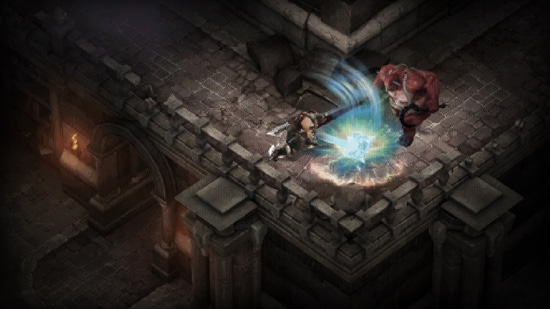 Say it with me: FRESH MEAT!

For the month of January, experience an homage to the original events of Diablo, brought to you in glorious RetroVision™ and filled to the brim with nostalgia-inducing features. An evocative audiovisual extravaganza awaits you, as everything from familiar enemies to iconic items have been brought to life in the Diablo III engine. Transmogrification rewards, achievements, and a handful of extra surprises lurk in the depths of this perilous, pixelated dungeon.

As with previous patches, Patch 2.4.3 brings another round of updates to several Legendary and Set Items, including some new Legendary powers! Check out a few of the items we’ve updated, and don’t forget to read our PTR patch notes for the full list of class sets we’re changing.

Greater Rifts are the bread and butter of any seasoned Diablo III player’s end-game experience. We’ve got a handful of updates in store to help smooth out your gameplay experience in these ever-changing dungeon delves.

Monster distribution has been spread out more evenly, and the size of each floor is now more consistent. On average, a rift should take between two to four floors to clear. The tile types you see will vary more frequently, making it much less likely to see the same floors follow each other back-to-back. Finally, those of you with survivability in mind will find extra reward in staying alive; players who avoid death in a Greater Rift will be rewarded with one additional chance to upgrade their Legendary Gems!

In addition to a slew of bug fixes, several quality of life changes are coming to Diablo III, affecting everything from monsters to the way you dye your gear!

Leaping enemies like Winged Assassins, Punishers, Lacuni Huntresses, and Burrowing Leapers can now be slain in mid-air, making for some pretty epic killing blows. Sharpen your blades, because enemies with unattackable phases like Sandsharks, Snakemen, and Rockworms will spend less time avoiding you and more time baring their fangs.

Dead before they hit the ground.

Several enemy affixes have been tweaked, including updates to Shielding, Reflects Damage, and Electrified. In addition, an entirely new affix, Juggernaut, is entering the fray. These monsters are nigh unstoppable as they are immune to all crowd control effects, but they move more slowly than other enemies and are more susceptible to damage.

Finally, Sanctuary’s finest fashionistas will find that their cache of dyes have moved to a new location! Dyes are now held by Myriam, the Mystic, and she’s happy to help you coordinate your boots and cloak to perfect chromatic harmony. Or dissonance. We won’t judge.

Whether you're fighting for the Zakarum or Whimsyshire, Myriam is happy to oblige.

New adventures and loot are right around the corner with the next patch! We can’t wait to see what builds you’ll put together and the stories you’ll unfurl as we move into Season 9. What new changes are you most excited for? Let us know in the comments below, or ask any questions you might have about what’s in store. We’ll see you in Sanctuary!

December 31 marks the official twentieth anniversary of the original Diablo! We’ll soon be launching Patch 2.4.3, which includes an anniversary event filled to the brim with fun callbacks to the game that started it all. Before we kick off the in-game celebration, we wanted to look back at some of our favorite memories from Sanctuary. For some, that means late nights doing Baal runs, getting that last Conquest in Seasons, or finally getting an Archangel’s Staff of the Apocalypse to drop. Others may never forget the terror of encountering the Butcher for the first time, gruelingly defeating Duriel, or getting killed by Malthael (and then returning the favor). . . .

Whether you first played Diablo two days or two decades ago, we want to thank you for bringing your unrelenting passion to the franchise. Your support and feedback continue to help us shape the world of Sanctuary, and it’s a true honor and privilege to walk alongside you on this journey. As the hour of Diablo’s first reign of terror approaches, we’ll be pouring a glass of our favorite brew in his honor. We hope you do the same, and want to again express how thankful we are for your support. May your loot be Legendary, and may you forever be victorious in battle. Cheers, nephalem!