As we approach Blizzcon, the hype surrounding the possibility of another D3 expansion starts building up. Players are left wondering what will be next for the franchise. Some go further, taking their imagination and . Some Diablo fans love playing the role of game developers, and these types of suggestions have even shaped the current state of the game.

Today we have a treat for viewers who enjoy those. What would a Necromancer class look like if he was implemented in a future expansion, complete with active and passive skills, and even some potential set items - made by Nightcrest87. Amazing material, well thought out and very carefully crafted - check it out!

Some potential Set items that could synergize with the reimagined Necromancer's skillset. 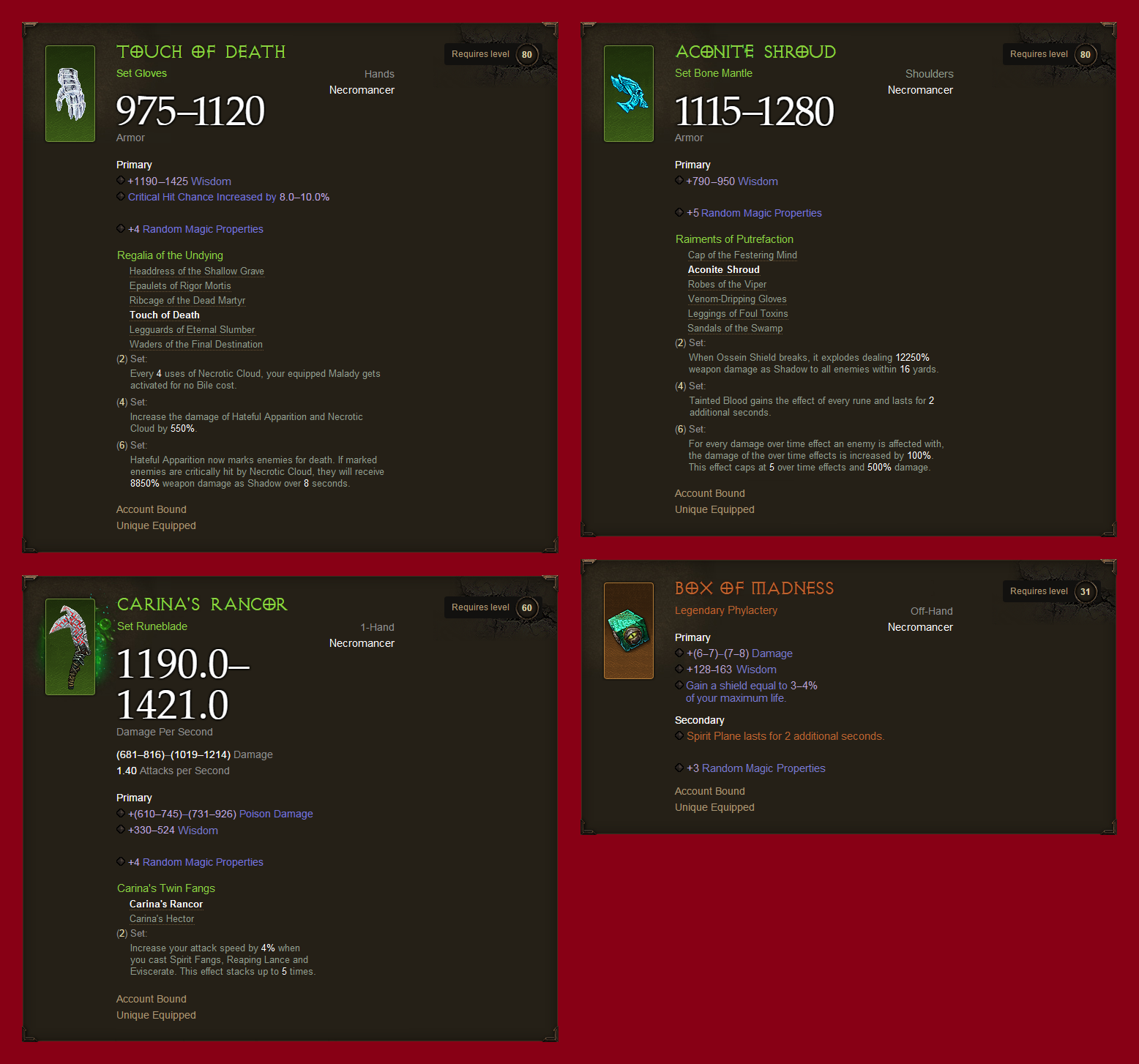 The equivalent of the class' Signature abilities, free to cast and relatively simple. Focused mostly on single target damage, or weaker area of effect than secondaries. 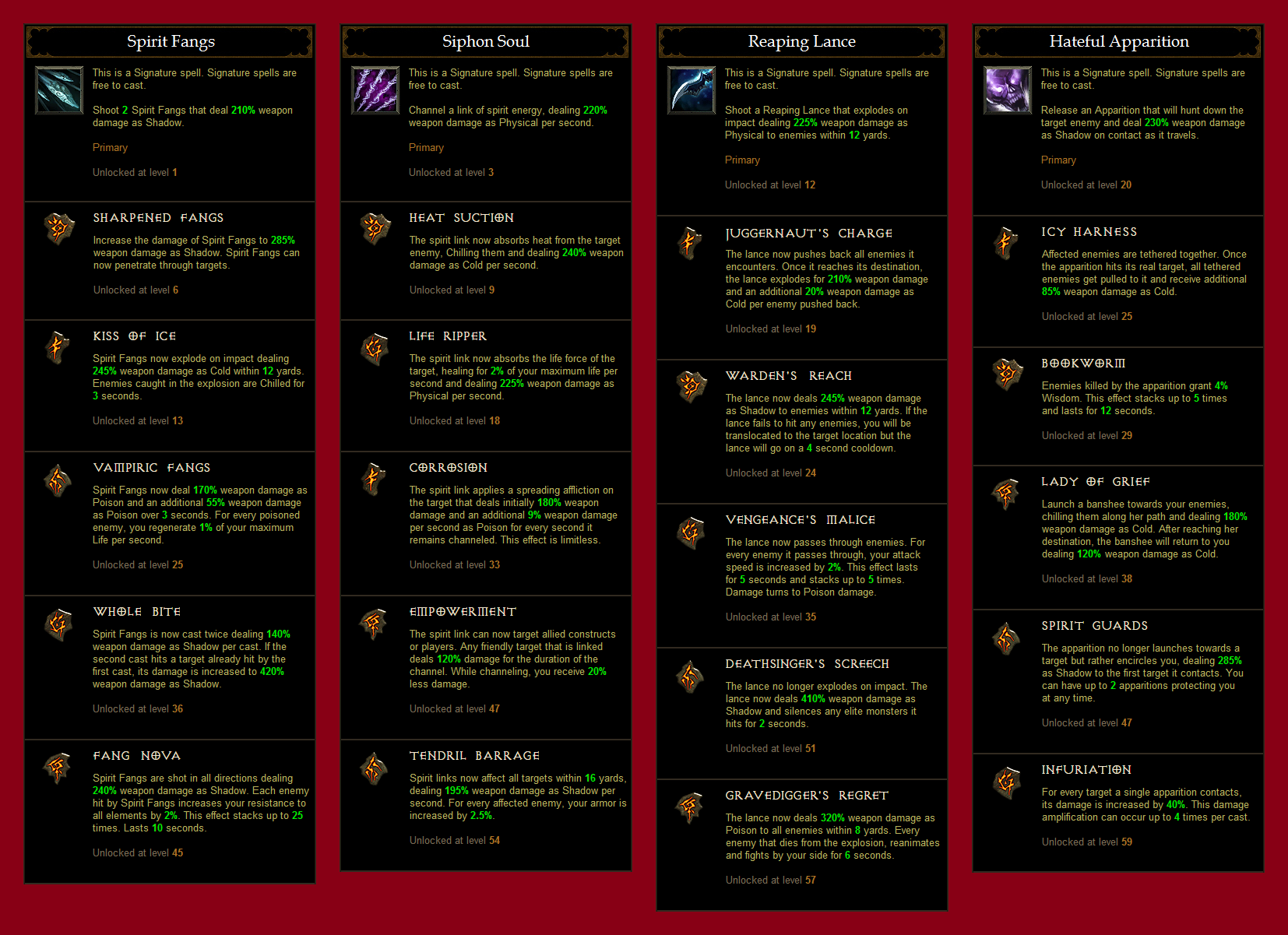 Meant to be the main damage dealers and resource spenders of the class. Classic skills like Poison Nova (renamed) and Corpse Explosion are present in this category. 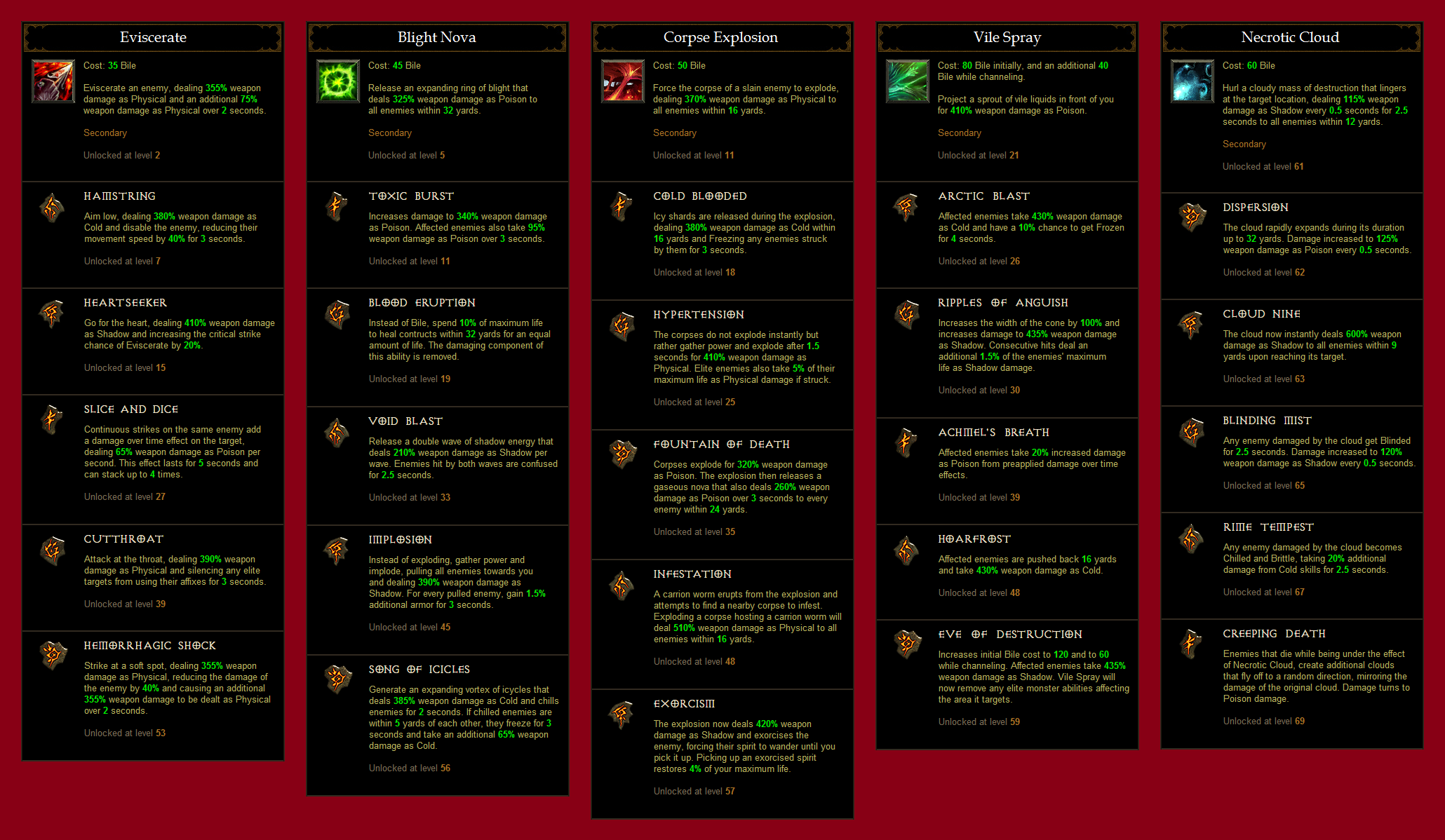 Bone, poison and blood based defensive skills, meant to protect the Necromancer or boost his main abilities. 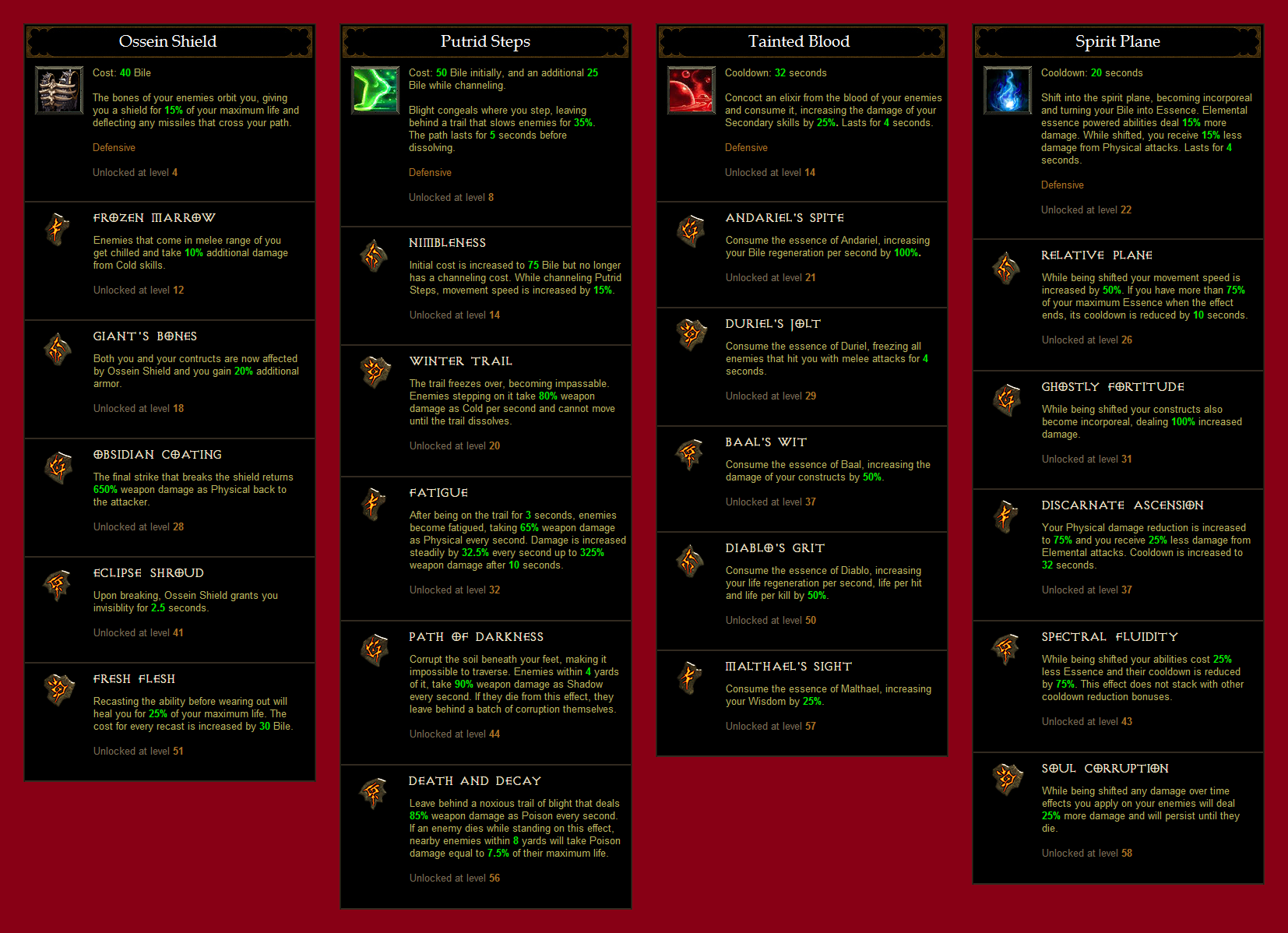 Raise undead skeletons or golems from the earth to fight for you. These are what make the Necromancer a "pet" class. 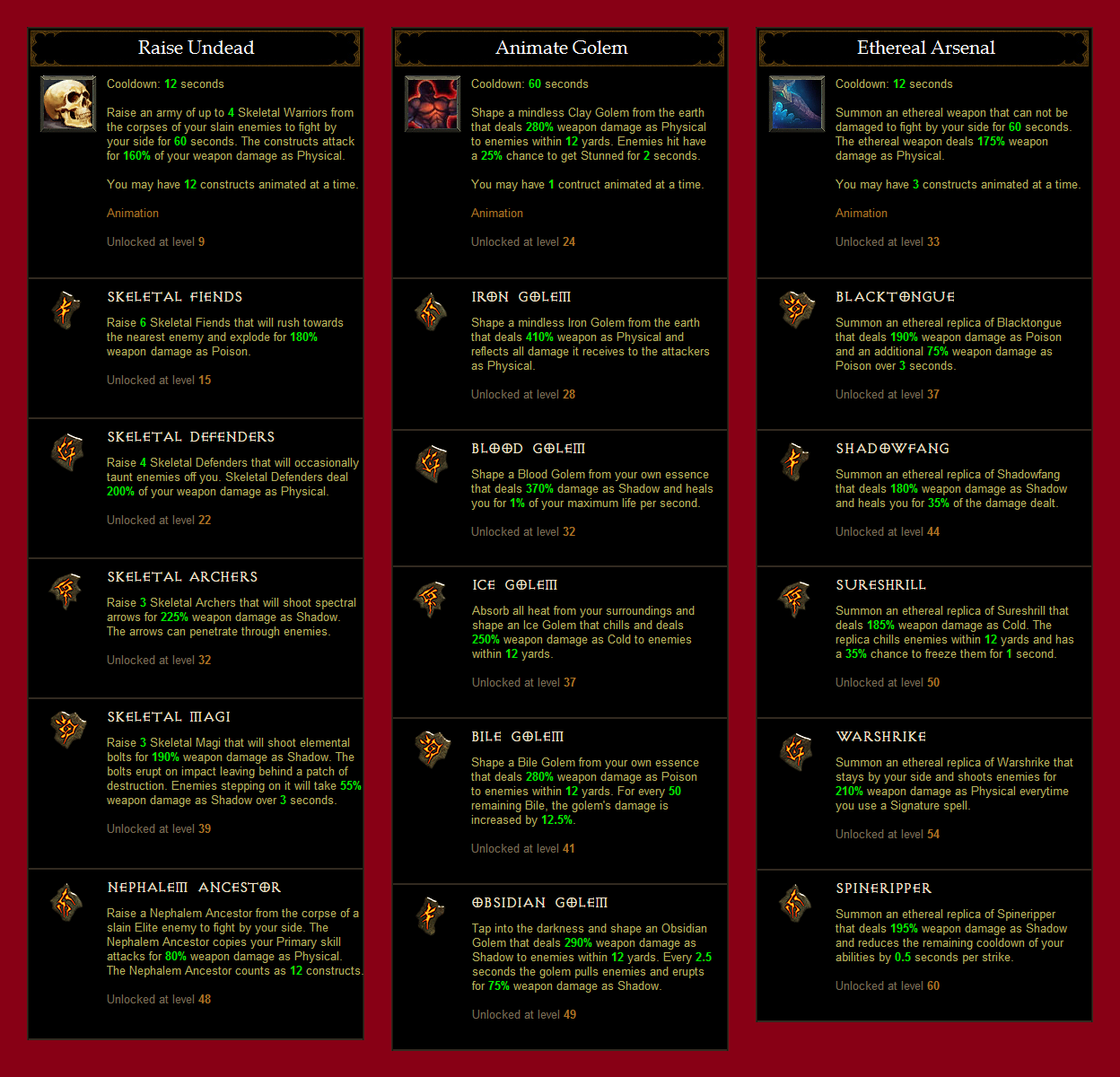 Bone based skills that help you control the battlefield and your enemies. Skills like Bone Prison and Bone Wall are in this category. 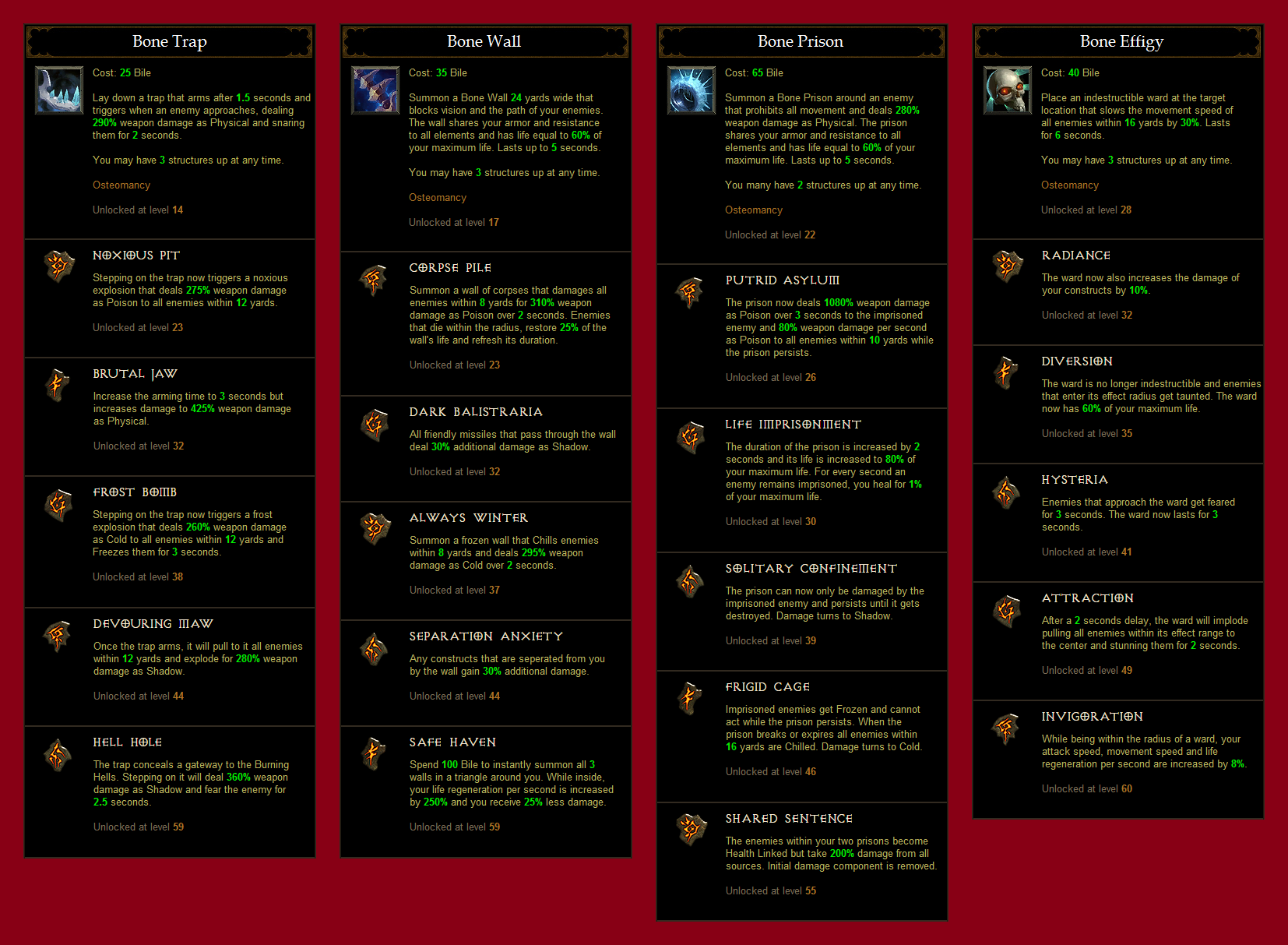 The Necromancer version of "auras", based on different gems - Sapphire, Ruby, Amber, etc. With passive and active effects for each. 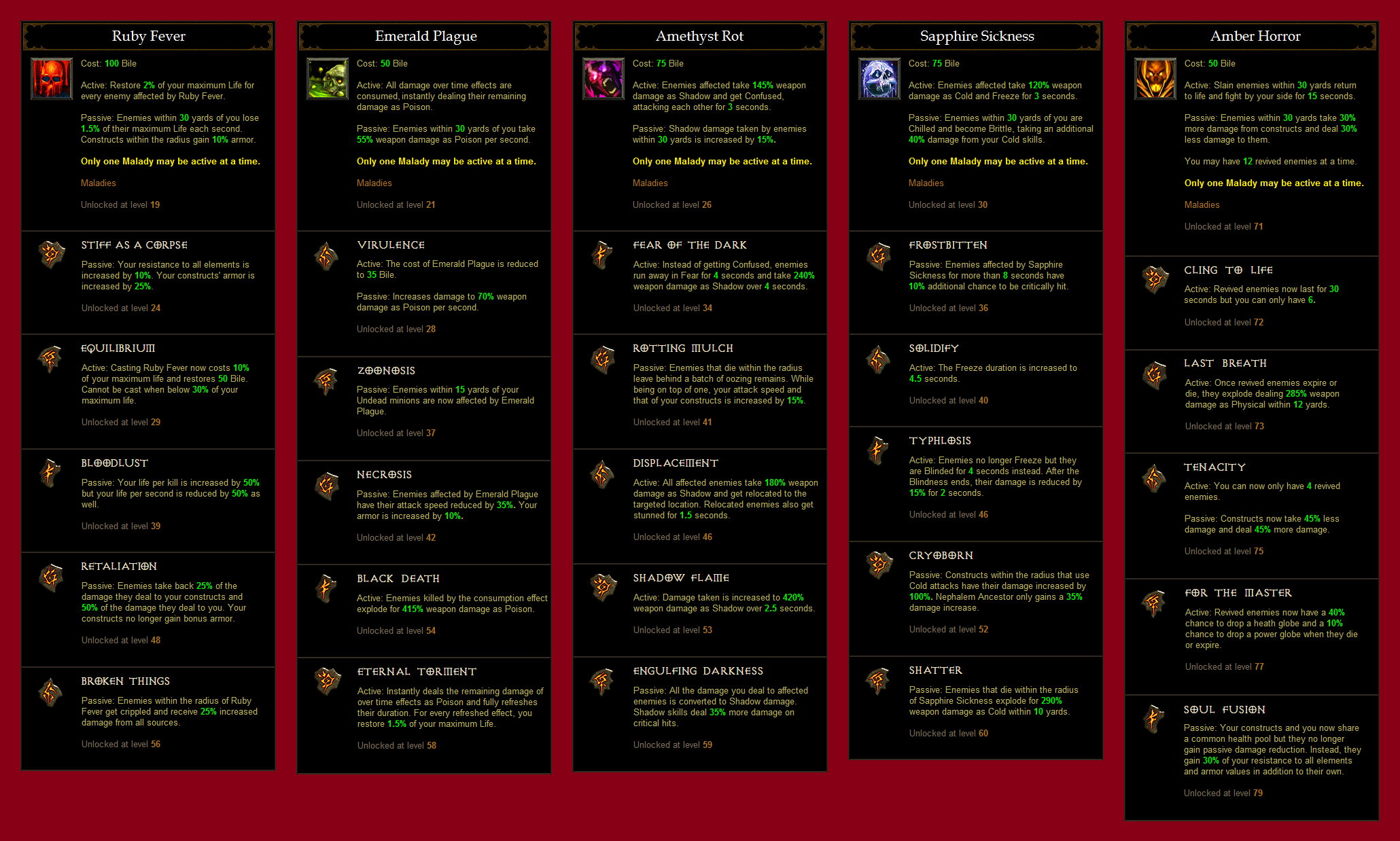 Knowing that others could have questions for him, Nightcrest87 has also put together a Q&A thread with some common questions that other viewers might have. Drop by if you want to read it, ask more questions or leave feedback about his creation!

Nightcrest87, the creator of the featured Necromancer on the front page, made this Q&A for those interested in having a little more insight and knowing his thought process when designing the class. Check it out!

Q: Why Necros? Why not Druids or Amazons or Space Monkeys?
With the Aspect of Death vanquished, the essence of death has spread and ran rampant all across Sanctuary. The Necros were called on duty to harness it back into control.

Q: Why Wisdom? Intelligence seems like the right choice for the Necromancer.
As class balance currently stands, there are 2 classes for each attribute. Adding a 3rd one for Intelligence would require two more classes to be added to get into balance once more down the line. However, if a fourth attribute was added, it would only require 1 additional class to get into balance one more. The question I asked myself was: Could Druids use Wisdom? Since the answer to this was a loud yes, then Wisdom for Necromancers seemed like a decent choice as well.

Q: Why Bile?
All classes use as a resource something that comes from within them, either physically or mentally. Bile comes from within, it is thematically linked to the sinister aspects of the Necros and let’s face, it sounds cool.

Q: Why Shadow damage as a new element?
I don’t know… There seems to be some sort of a link between darkness and death but I can’t put my finger on it…

Q: Why is Shadow resistance the same as Cold resistance?
While adding a new elemental damage to give depth into a class is more or less inconsequential, adding an additional damage reduction option to look out and gear up for significantly diminishes the toughness of all classes in the long run.

Q: OMG! Why not use Lightning elemental damage?
I don’t particularly like Frankenstein’s monster, thematically. Besides that’s WD territory, aka Voodoo monster.