Nevalistis clarified on a Reddit thread that the Hunter's Wrath item is a Demon Hunter exclusive, despite the affix suggesting that other classes' primary skills would benefit as well. Read below. 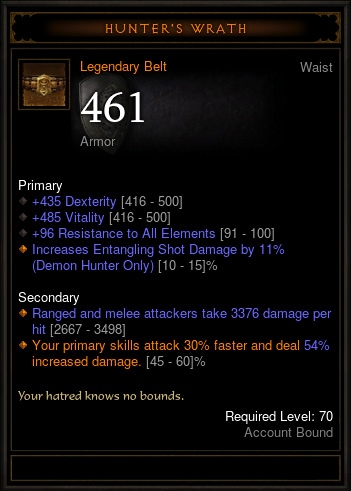 Think Hunter's Wrath will be viable in a monk generator build?

Empyrian Gaming has uploaded a video showing the first person view of his Witch Doctor on a 4-man GR 76 clear by Zero Empathy. Check it out!