The PTR patch has just been spotted on the CDN. As always please remember the following is datamined and may contain errors.

Update 11:30 EDT - Added Benchmark Messages - may be what Trials will be turned into.

Update 11:00 EDT - Added Conversation and Lore strings at the bottom. Moved Achievements to a thread.

Update 7:20 EDT - all sets added. Going on to more datamining

Nevalistis replied to a tweet confirming the PTR is not going live today.

That seems fair. The PTR is not going live today.

Quick round-up of the most awesome changes coming with Patch 2.3! Keep in mind some of these are subject to change.

A Note from Blizzard on this Datamined Patch

I've said this already on Twitter, but it bears reiteration:

Take external information and datamining with a grain of salt. When we experiment with things internally, we often leave behind remnants of those experiments even after a feature or tweak is pulled. Said details may show up in a later patch... or not at all.

It can be a lot of fun to speculate, and I encourage that discussion! But, it's also part of our duty as community managers to help manage (see what I did thar?) expectations. There's already a couple of strings I've seen that I can confirm are not making it into this patch for various reasons. Cursed Realms continue to be an internal experiment and will not be appearing in Patch 2.3.0. The ability to level a Legendary up to your level using the Kanai's Cube was pulled because it created a lot of unforeseen interactions and nasty bugs that will take too long for us to implement for this particular patch (though we may revisit it at a later date).

It's early yet, though. The PTR isn't live yet, after all! I encourage you to temper your excitement over third-party info and hang tight for the official patch notes. They are on their way.

We have not datamiend the new bonus gold and exp yet. However it does look like "double blood shards" has been removed as a reward from all torment levels.

Please check the 3 sections below for craftable options, information, and ingredients

it looks like you can craft some pretty neat things if these strings are indeed what are enabled.

Heroes of the Storm Promotion 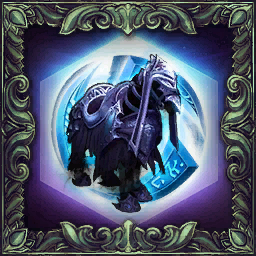 We have information on new and changed sets!

NOTE: The term Unique_ring is used for internal data. it does not mean they are attached to a ring
Note2: Some passives have changed. We have not included the ones that have changed (yet)

Please note the following is datamined and may contain errors.

Preview description of the Season 4 and new Patch 2.3 content!

Descriptions for BNet Store items - likely for CN servers only.

New message strings that suggest there may be a "Benchmark mode" (similar to trials?) to determine which difficulty is the best for the player.

List of all the new achievements added this season.

Quite a few new conversation strings related to the new content, new side-quests and features.