A very interesting discussion has recently been gaining popularity over at Reddit. The original post argues that Patch 2.2 has made Diablo 3 Reaper of Souls better than ever, and the replies are very interesting. Some of them agreeing with the OP, some of them only doing so partially and bringing up what they see as problems.

What is your feel towards Patch 2.2 and the current state of Diablo? Is it one of the best Diablo 3 versions we have ever played? Leave your opinion there, or on our comment section!

I am having more fun with this game than I ever have before and I've been playing it off and on since launch. So many things are improved.

I started playing again a week ago. I had last played before season 1 came out. Now I have an S3 Monk with 4p SWK and 6p inna's paragon lvl ~100. I've played maybe 20 hours? I dunno, my sleep schedule has suffered. Please help me.

I can agree with that. There are still small things I'd like.

For example, better balancing of sets. Weapons that make any skill relatively equally balanced. A bit more balancing on actives, runes, and passives. And one inventory tab per class (to keep alt sets and class specific weapons) plus one shared tab. I'd also love to see things moved to an inventory tool bar: all materials, potions, and gems with caps of 10,000.

With all that in mind, most are just QoL improvements. The game is great and getting better every time.

Same here. I didn't even come back for 2.2 specifically, I've just always played sporadically and probably always will. I'm having a blast this time around!

Yes 2.2 is an improvement. Pretty much everything since RoS (and even just before) has improved the game. But some of the major flaws still exist:

Whenever there's a Blizzcon we are always sure to have amazing community fueled contests, with the most incredible machinima videos, cosplay costumes and talent displays. A blog post came up with a highlight of last year winners as well as a few directions for each type of contest. Read more below.

The time has come to begin your preparations for this year’s BlizzCon contests! All of the contests from BlizzCon 2014 will be returning—Costume, Talent, Art, and Movie—and we can’t wait to see what everyone comes up with to impress the world this year. Information on how to sign up and official rules are coming soon, but if you’d like to start planning your creations in advance, here’s a bit more information on  what to expect.
Live Contests

BlizzCon 2015 Costume Contest
The Costume Contest is coming back, and we’re already trying to guess what heroes, adventurers, villains, and oddities we’ll see onstage. Eachyear your creations get more elaborate and spectacular, and we’re sure that this year will be no exception. As in prior years, we’ll be opening up online signups for the contest in the coming weeks. The number of contestants will be limited, and those who don’t make the initial cut will be placed on a wait list. Final contest registration and participation confirmation will take place on Friday morning at BlizzCon, so please make sure you have a purchased BlizzCon ticket in hand, secure your place in the contest or on the wait list during the online sign-up, and have your costume finished well in advance. Spread the word to all of your cosplay friends — BlizzCon is the place to see and be seen! Remember:It’s important to keep safety in mind as you’re planning your creation—that means you must be able to easily and safely see out of and maneuver in your costume without assistance, and make sure your costume allows you to see clearly and move easily. In addition, no real weapons, dangerous materials, or large motorized costumes will be allowed. 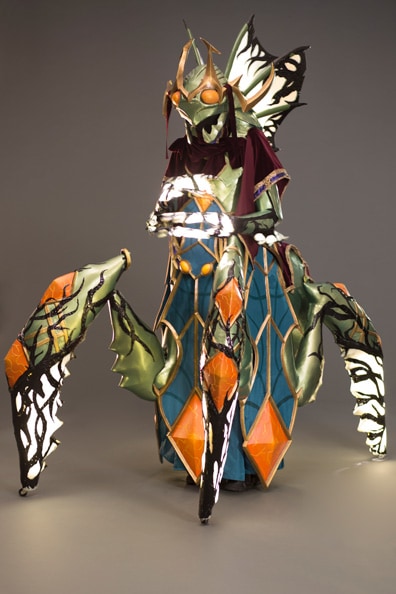 BlizzCon 2014 First Place Winner - Py Wilson
BlizzCon 2015 Talent Contest
The Talent Contest will also be returning to the stage at BlizzCon 2015! Last year’s competition featured performances by some truly talented participants, and this year, we’re looking forward to seeing an even wider variety of acts—juggling, dancing, hooping, we want to see it all!—so even if you can’t carry a tune, your other skills might carry you to the stage. If you’ve got serious performance chops, you could have a chance to showcase your Blizzard-themed talent live on stage at BlizzCon in front of a massive audience and win great prizes (including a trip to BlizzCon and lodging). We’ll be accepting video applications of your performances in the near future, so start rehearsing! 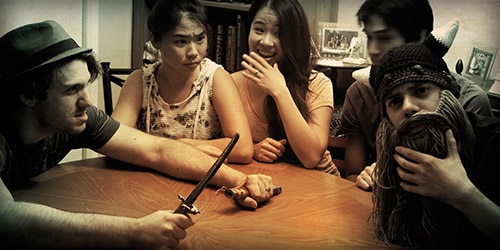 BlizzCon 2014 First place Winner -- Awesome City Limits
Whatever you choose to show us, please make sure your video is 2 minutes or less in length, choose a good (higher is better) resolution, and keep it simple—we want to see you just as you would be performing live. Since your audition video could be shown onstage at the show, please make sure that there are no non-Blizzard brand logos present in your shoot.Online Contests

BlizzCon 2015 Art Contest
The Art Contest offers talented artists a chance to showcase their work at BlizzCon. As you prepare to craft your masterpiece, please keep in mind that you’ll need to submit high-quality jpegs no larger than 5MB. Also, the content of your work needs to be your own original creation, so no PhotoShop manipulations of existing work will be accepted.

BlizzCon 2014 First place Winner -- Chenbo "I Remember Your Eyes"
BlizzCon 2015 Movie Contest Aspiring auteurs in animation, machinima, live-action filmmaking, and more—we want you to entertain us! Start storyboarding now, but keep in mind that the length of your film should be 3 minutes or less and the size of your file no larger than 100MB. If you’re shooting a live-action piece, please make sure that there are no non-Blizzard brand logos in your video.
BlizzCon 2014 First place winner -- Mushanga (Jeffrey Cuiper) "The Sore Loser"
Complete rules and more information on all of the upcoming contests will be available soon. Signups begin in the near future, but there’s no better time to start preparing than now! Have BlizzCon contest-related questions? Email BlizzConContest@Blizzard.com  Need more inspiration? See more of BlizzCon 2014's winners and runners- up here.

Since lots of players rolled a Barbarian this season, and there may be quite some time until Trial Rifts are removed, ReaLBashman has uploaded his setup for farming high Greater Keys solo as a Barbarian. A pretty interesting setup worth checking out!

I want to show you my build which I am using for generating high greater rift keys.
I will explain the build, the equip and the playstyle. In addition I have uploaded a video with all information mentioned in this thread. Basically it is important to deal a lot of aoe damage in a given time window and of course staying alive :D (continues...)

Once you are in the trial you call your ancients and wait for the first wave. You will not be able to do a lot of things due to the lack of fury at the start. As soon as the level raises your ancients will generate some fury. You should always keep overpower on cooldown and try to use it when you are standing in the middle of some mobs to generate additional fury.
Between level 30 - 40 you will be able to activate Battle Rage. Once you are above level 40 you should active Wrath of the Berserker and start to use Rend. Of course you constantly whirlwinding to deal damage and to activate the damage reduction of the Wrath of the Wastes set. Regarding Rend and Convention of Elements you should always try to use Rend when the physical buff of the ring is active to boost the damage of Rend. You should also spam overpower. It should be ready really fast due to lots of critical hits. In addition you have to use Rend to reset the cooldown of WotB. WotB needs to be up all the time - keep an eye on it!
Try to use your potion (Potion of Amplification) to avoid that nerves of steel get procced. If nerves of steel proccs you should use your potion if ready or collect some healthbubbles. (continues...)