A few days ago Monstrous tweeted a screenshot montage with the possible new class sets coming in the future. He recently updated the screenshot and you can see it below - click it for a bigger version. Also bear in mind this is pure speculation based on images that were datamined and have not been used. Do you think those could be the new sets? 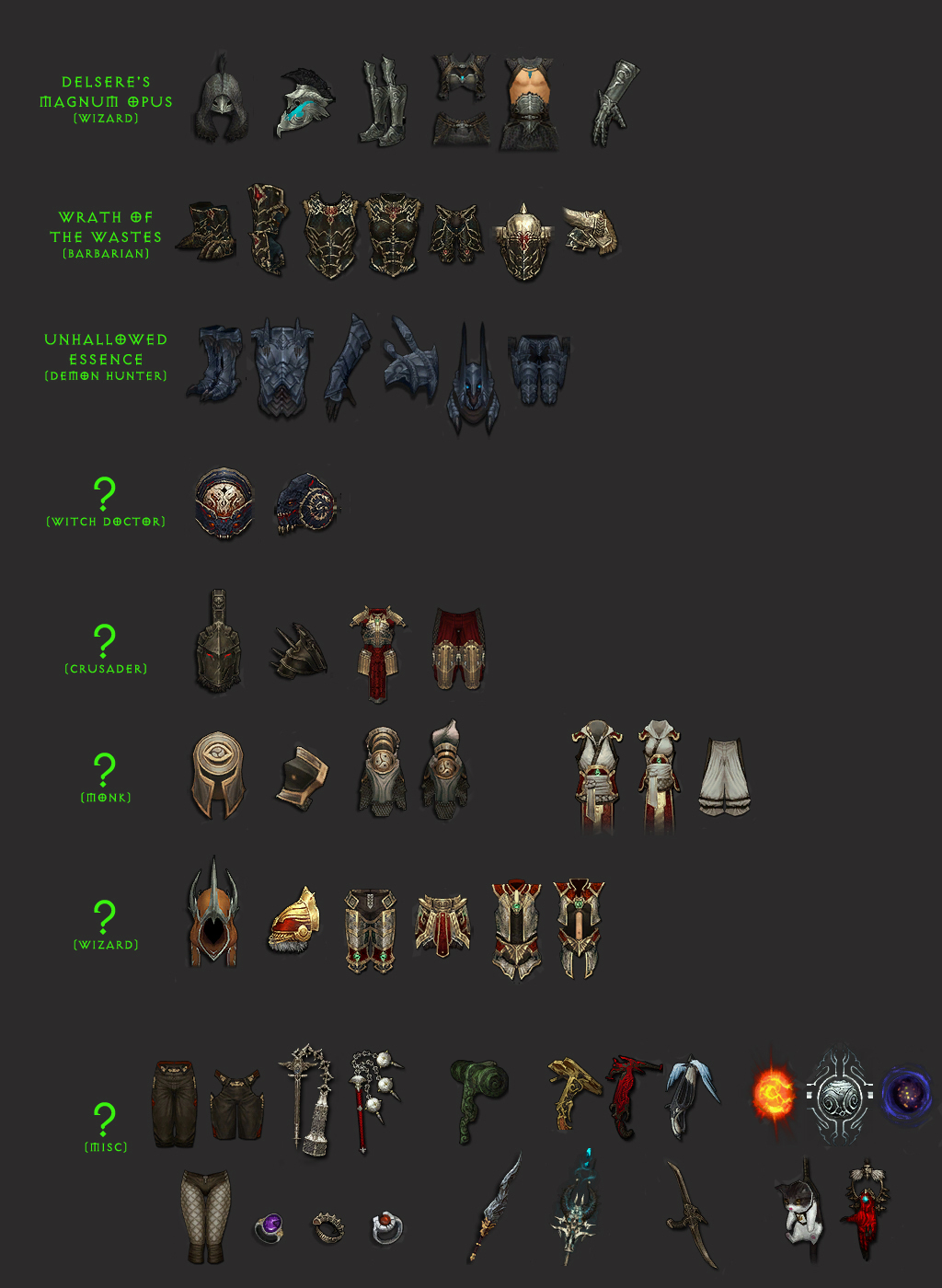 DeboSC2 has put together a huge thread (on our forums and reddit) with thoughts on the WD "metagame" for Patch 2.2. He discusses all the new items and how they might affect common end-game choices, as well as skill changes. His write-up even got retweeted by Wyatt Cheng! We got his video commentary and a small preview below, but you should definitely check the full guide. Great stuff - check it out!

Now that the formalities are out of the way:

Here is the Early coverage of Patch 2.2 on PTR, to see how development started Early Witch Doctor Coverage

This is a list of the items that had the biggest impact on Witch Doctors for the upcoming patch (2.2). These items, may or may not have started off the way they are listed now, but it is safe to say these are in their finalized forms. If anything Changes I will go back and amend them

Understandable why Blizzard wouldn't want Tasker & Theo to combo in with Unity. Pet build WD's with their improved damage, toughness, and skill improvement we would end up terrorizing the solo leader boards. I know a lot of people may not agree with this statement, but Zuni/SMK build can easily hit GR 46-48, while having a "Fishing potential" of Greater Rift 50-54 next season.

These pants were included, after initial feedback with the Zuni set. Without having an additional piece to work with, it automatically made it so that a Player had to use Zunimassa Pox, and Ring of Royal Grandeur to get any viability out of the build. It was a solid choice to add an additional Zuni piece to the pants slot, being it is the most flexible area to work with.

For those waiting for an opportunity to buy Diablo 3 or Reaper of Souls, Blizzard is selling both with a 50% discount this week, on their BNet store. Great opportunity to grab your copy before Patch 2.2. Check it out! 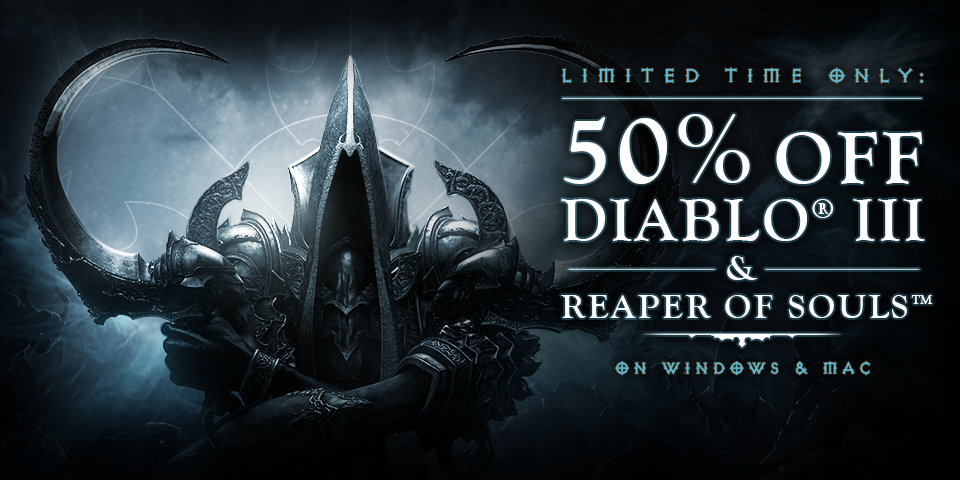