Beta Key Giveaway Concluded, Into the Nexus #36 - Taking on the Temples

We received notice today of two forums closing on the official website. One for feedback on Website Features and the other for reporting Website Bugs. They are being only being closed because there is a proper form to report bugs and suggest changes - check it out on the screenshots below! 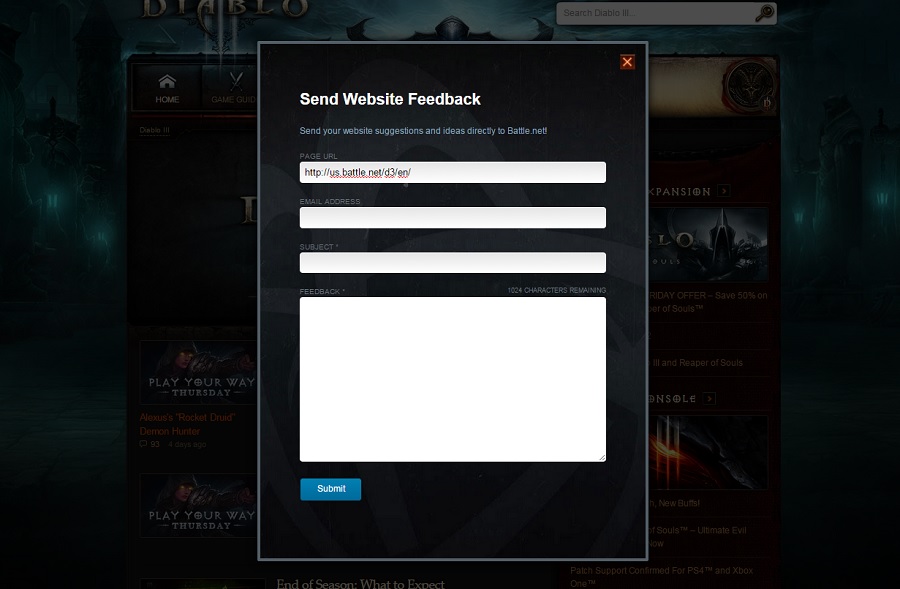 The form will record the page you're on at the time you made your suggestion, so (if you can) be sure to submit your feedback from the page that's relevant to your suggestion. To leave feedback about our forums, please note that you'll first need to navigate to the forum index to access the suggestion form.

Tomcii posted over at reddit a cool stylized Tyrael fanart. I wish he would also paint an Imperius, the most badass of all angels. Check it out! Rhykker has put together a Lightning-focused Monk guide to one of the strongest builds in Patch 2.1.2. It uses Wave of Light with its lightning rune as the main damage source and no spirit generator. Particularly strong with the Gungdo Gear bracers. He also goes over skill, rune and item choices, as well as alternatives to the more popular choices. Definitely check it out!