Nevalistis made a long and detailed post on some of the major philosophies which guided the development of Patch 2.1, as well as its features and changes. A very interesting read!

With the release of patch 2.1.0 drawing near, we wanted to take some time to share the balance goals of this patch. There were two major goals:

The changes we've made so far to our six classes exemplify these goals. For example, the retuning of Exploding Palm, The Furnace, and Rimeheart weren't specifically made to nerf Monks—it was to remove a clear, standalone issue from interfering with other changes aimed at giving Monks the tools they need to survive and compete in Greater Rifts.

The implementation of Greater Rifts allows us to rate classes much more quantitatively. Ideally, each class should be within a couple Greater Rift tiers of one another. Our latest internal testing, where we often copy actual characters from players in the PTR and run them through Greater Rifts, shows that we're pretty close. Inevitably, there will always be room for improvement, and now we have clear, tangible data for us to check in on what's going on and re-evaluate.

Here's what we're not aiming to do (at least, not yet):

The overarching philosophies for this patch are as follows and apply to most, if not all, the classes:

Phases of the PTR can be a little trying, because what you end up seeing from the outside looking in is what our iterative process looks like — except with none of the context. It's like trying to tell what the entire picture is from a few unmatched puzzle pieces, because some bits of our larger, overarching goals just can’t (for one reason or another) be crammed into a build before it goes out.

What can be frustrating is that our iterative process on a subject can be much longer term than the cycle of a single patch. Class balance is a perfect example of this, particularly because it’s an aspect of the game that’s never really "done." It's fairly inevitable that there will always be work to do on this front, especially as we add new content in the future (and even more so where Legendaries and Sets are concerned). Class balance is the sum of several wholes, including Skills, Set Items, and Legendaries that have been added or adjusted. That's a ton of stuff to look at, and sometimes there's simply not enough time to fit everything into a single patch (even if it's in our plans).

This is an ongoing process for us. There's a lot of new toys and quality of life changes in this patch, but that doesn't mean it launching closes the doors on additional tweaks or changes for the future. If a class falls behind, we might put out a 2.1.1 or 2.1.2 to address the clear outliers.

Some of our plans have immediate implementation goals while others stretch on for 6 months or even a year. There's a lot of spinning wheels and fiddly bits in this Infernal Machine, and a quick glance won't ever be sufficient to explain it

As a reminder, the developers are going to be streaming tomorrow. They will be talking about Patch 2.1, likely with some developer insight on its features, and answering questions from players! Nevalistis also tweeted that the stream will be lasting 1 hour and a half. Tomorrow, Thursday, August 21st, at 11:00 a.m. PDT. Don't forget to tune in! 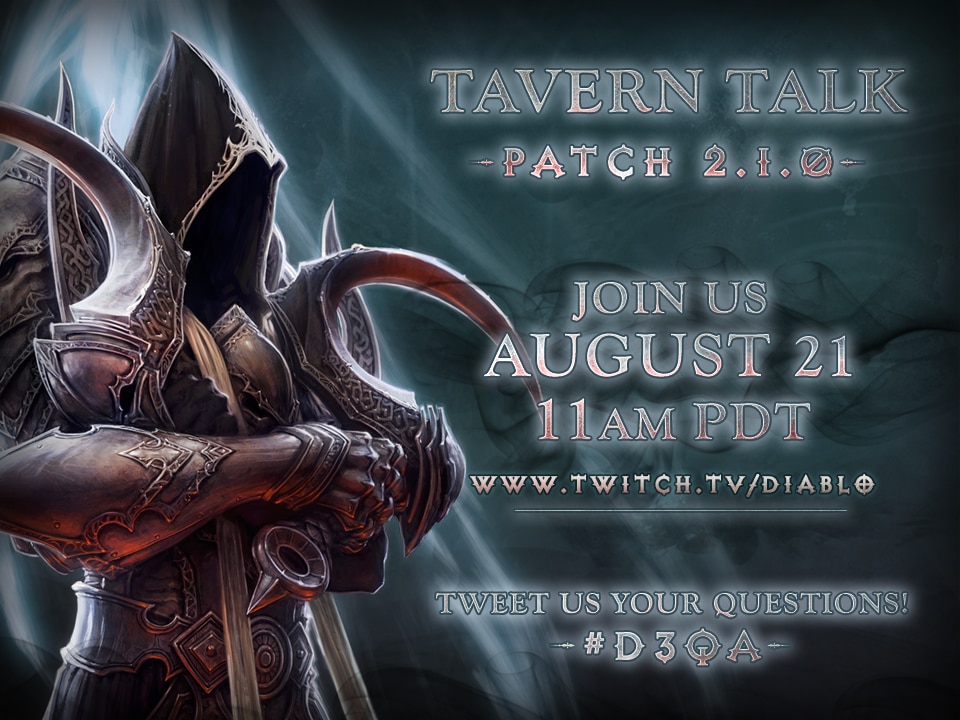 Wyatt Cheng made a tweet talking about a future change to Trial Rifts which will allow players to progress quicker to a level suited to their power level. Check it out.

For rift trials, you will skip up to 6 waves at a time if you clear quickly. We'll see how that works and revise as needed. (Twitter)

Josh Mosqueira tweeted an image of him with his Ultimate Evil Edition copy. That soon™ look... 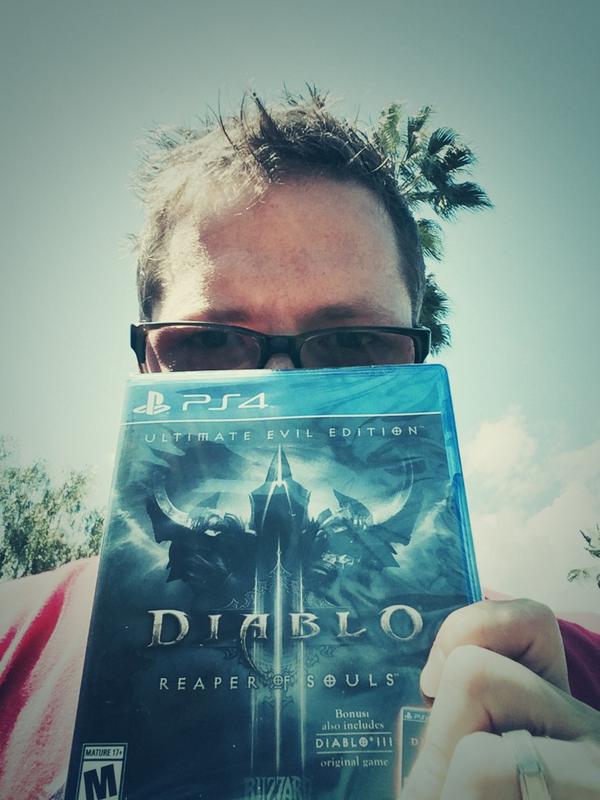 A very unusual thing happened to redditor thnxyoutoo. The same monster who had recently killed him became a "Nemesis" and tried to kill him again shortly after! Probably a bug that will be fixed in a future patch. He recorded and uploaded the experience to his youtube channel.