Another day another tweet by Josh Mosqueira about... overcoming obstacles!

A New Ally Has Joined the Game Guide

The Crusader has been added to the official Game Guide. Build links galore!

...but the minions of Hell grow stronger.

The Crusader class page is a vast repository of sacred knowledge, containing key details about this unyielding champion of the Light. On the page, you will find a litany of practical information including core class mechanics, character background, unique equipment, a resource overview, an armor progression preview, combat screenshots, artwork, and more.

In addition to these high-level highlights, the class page also provides a comprehensive breakdown of Crusader skills and abilities. If you're looking to challenge Malthael's armies in Westmarch and beyond, be sure to explore the Active, Passive, and Progression sub-pages to learn more about the divine powers your Crusader can wield. We also encourage you to experiment with new builds using our updated Skill Calculator!

For more information about Crusader lore and history, click here. For a sneak peek at the upcoming Crusader short story, "The End of Her Journey," click here.

To learn about other recent changes made to the Game Guide, click here.

The brave, though mysterious Crusaders have always been a source of inspiration for those fortunate enough to witness them in combat. From their unmistakable silhouette of shield and flail to their unrelenting fervor on the battlefield, they've captured the hearts and quills of many artisans throughout Sanctuary. And throughout our mortal realm as well!

In celebration of this blessed champion of the Light, we've collected several samples of fan art from all around the globe featuring the newest playable class in Reaper of Souls™. Feast your eyes on these wonderful works below, and be sure to visit the artists's official pages to show your support! 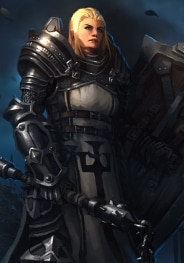 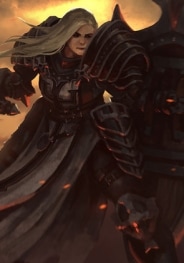 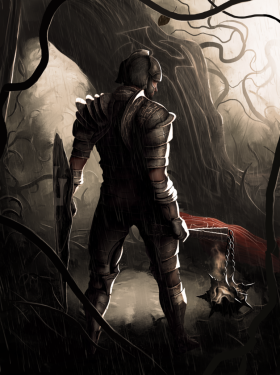 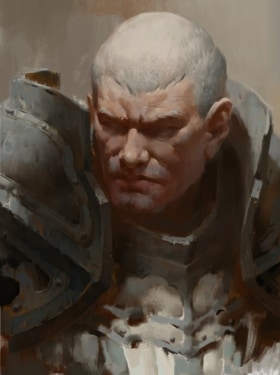 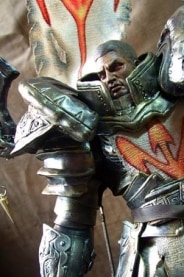 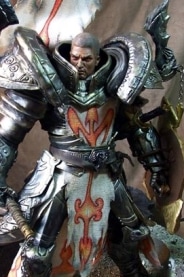 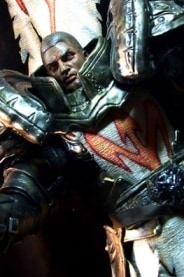 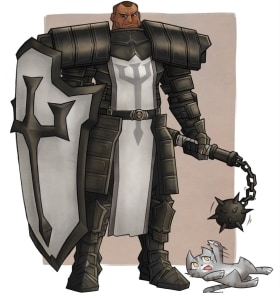 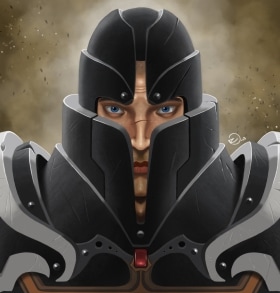 Be sure to stay tuned to diablo3.com for more information regarding the Crusader, and for the results of our Reaper of Souls Fan Art Contest hosted by deviantART—which conludes this week!

We've updated our Diablo III Auction House Update FAQ with new information about the upcoming shutdown of the gold and real-money auction houses on March 18. Please read below for these additionals details, or click here to view the full FAQ.

Q. On what day and at what time will the gold and real-money auction houses be shut down in all regions?

Answer: The gold and real-money auction houses are currently scheduled to shut down in all gameplay regions at approximately 3:00 a.m. PT on Tuesday, March 18. Please note that this schedule may change and that the auction houses could be shut down a little earlier or later on March 18.

Q. Will the shut down process require maintenance?

Answer: No, the shut down will not require maintenance. However, the current shut down time will overlap with scheduled Tuesday maintenance for the Americas gameplay region.

Q. What will happen to my current auctions when the gold and real-money auction houses are shut down?

Answer: All active auctions will expire as normal following the shutdown of the gold and real-money auction houses on Tuesday, March 18. Once the shutdown is complete, items will either be delivered to the current highest bidder or returned to the seller, appearing in each player’s Completed tab. Unclaimed gold will also appear in the Completed tab. Players will be able to claim gold and items and from this tab until June 24, 2014.

Successful transactions involving Battle.net Balance and/or PayPal will be processed normally and all usual fees will apply.

Q. What happens to my unclaimed items and gold in the Completed tab after the shutdown?

Answer: Players will be able to claim gold and items from the Completed tab in both the gold and real-money auction houses until June 24, 2014. Items and gold not claimed by this date will be consumed by Treasure Goblins, never to be seen again.

To avoid any unintended loss of gold or items, we strongly recommend that players clear out their Completed tabs prior to March 18, 2014.

Q. How will I be able to access the Completed tab after the gold and real money auction houses are shut down?

Answer: The auction house window will remain available for all players until June 24, 2014; however, the ability to Bid, Buyout, and list new auctions in the gold and real-money auction houses will be disabled on March 18, 2014.

Q. My Completed tab is already full! What will happen to outstanding items after the gold and real-money auction houses are shut down?

Answer: Each Completed tab can display up to 50 items at a time. If a player has more than 50 items to claim from the gold or real-money auction house, those outstanding items (including unclaimed gold) will remain in the Completed tab "backlog." As items are removed from the Completed tab and additional space is made available in the UI, items in the backlog will begin to appear and can be claimed as normal.

Please note that items and gold in the backlog will be removed permanently from the game after June 24, 2014.

Q. What will happen to my existing Battle.net Balance?

Q. Can I convert my Battle.net Balance into cash after the real-money auction house is shut down?

Answer: No. Funds added to Battle.net Balance are not refundable (except as otherwise provided by law) and cannot be converted into cash. For more information, please visit our Battle.netBalance support article.

Twizz from BlizzPro recently had the opportunity to sit down with some of the individuals involved in creating the voice for the new Crusader class in Reaper of Souls™. His guest list included:

The interview covers a wide range of topics from how the Diablo III writing team approached the new dialogue to what sort magic happens in the studio once those lines are in place. Brian, Andrea, Gideon, and Mary also wax genuinely about the casting, directing, and recording process for the Crusader, sharing some hilarious anecdotes and behind-the-scenes insights along the way. Oh, and there's something about the DAH AHLEAN in there, too. (Don't ask.)

Catch the full interview below, or head over to BlizzPro's official YouTube page.