The contents of RoS CE is revealed!

Feast your eyes below upon the contents of the Diablo® III: Reaper of Souls™ Collector's Edition. The  artifacts contained within this retail-exclusive box have been previously mentioned, but never before glimpsed in the mortal realms . . . until now. 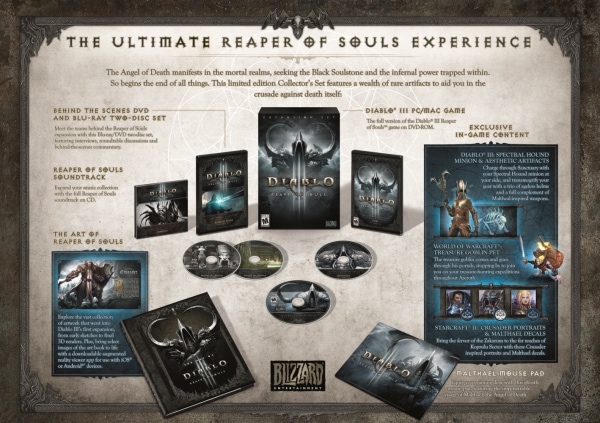 Remember, the Reaper of Souls Collector's Edition is available in limited quantities only at select retail locations, so be sure to check availability and pre-order soon.

Our networking team is investigating this issue and we'll report back with more info as soon as we have it.

We apologise for any disruption caused during this time.

DeviantArt member SammaeL89 has posted several breathtaking pieces of Diablo III fan art. Have a look at his Druid and Sword of Mephisto concepts and check out his Blade of Duriel!