As we mentioned a few days ago, our fellow DFans member MrMonstrosity had the opportunity to brainstorm ideas for Legendary items with D3's Developers. The video is now available on YouTube as well, so if you haven't checked it out yet, you might want to do so, at the very least it shows what the design process looks like.


As you can see in the VOD,  lots of creative suggestions were debated and praised, and we walked away with several viable Legendary powers for our upcoming one-handed, Mephisto-themed sword. But before we settle on exactly which Legendary powers are included in our next Design a Legendary poll, we wanted to give interested players one more opportunity to get involved and share their ideas.

Put on Your Thinking Caps:

If you didn't get to participate in the livestream or one of our earlier discussions, now's your chance. To submit a possible Legendary power for our Design a Legendary project, simply leave a comment below. We'll compile all the ideas we receive, pass them on to Travis and John for review, and then after the holidays deliver a list of of (up to) 10 different, player-inspired Legendary powers on which the community will get to vote. Whichever power gets the most votes globally at that point wins!

Note that if you've already submitted an idea by posting a comment to our blog or sending an email you do not need to resubmit here. Your idea has already been documented and sent over for review.

Many people can't settle with the RoS PTR only and would like access to the Closed Beta, but right until now they had no idea if they have real chances to do so. Nevalistis shed some light on the matter.

There's much to consider when we send out invitations for our Beta testing to take into account. So much so that once we have a list of positive and constructive contributors, it usually comes down to being too large a list to make sure everyone is included given the number of invitations we're provided. As we've said before, the Closed Beta is fairly small, so the number of invites we have available is extremely limited. After that point, it becomes luck of the draw - if you opted in, you had a chance to be selected during this process.

Remember to keep in mind that constant requests for and inquiries about Beta access is something we will moderate, and these threads not only fail to add constructively to the community, but allowing them to persist clutters up valuable channels of communication.

A bunch of awesome Diablo 3 themed shirts and hoodies are now on sale at J!NX' store! Don't miss your chance which is up until Dec 25, because they look fabulous and can serve as an amazing gift as well!

Another great topic with endgame suggestions was born on DiabloFans' forums! Edriel's Reaper of Souls Ideas are not only interesting, but easy to go through thanks to the tons of images he's put in the post. What the post consists of are suggestions about the so-called Wave of Death, Defence of the Outpost and Infernal Rift modes. Make sure to check them out and have a look at the FAQ that he's put together at the bottom of said post. 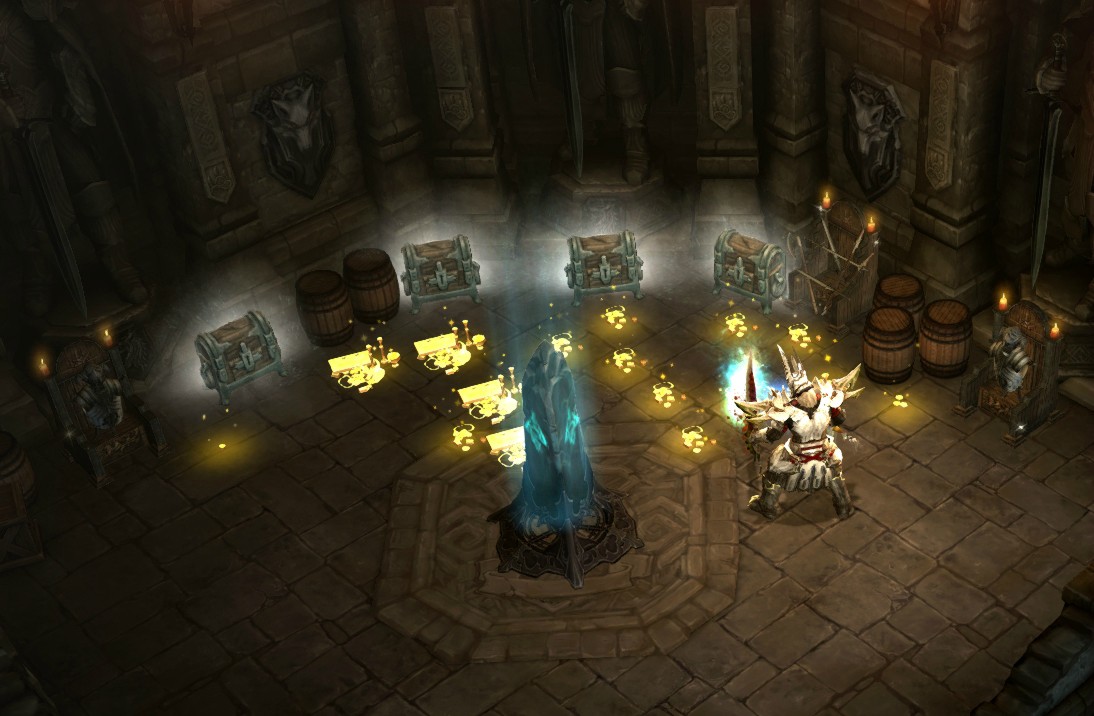