Help Register Sign In Back to Mobile View
Today's been a pretty exciting day for Diablo fans, with 200 fresh beta access codes to Blizzard's sweepstakes winners (congratulations!), the third quarterly conference call, and many just beginning to sink their teeth into beta patch five.

While Bashiok told fans not to get too excited about the conference call, some interesting tidbits did come up; primarily, that the beta period is nearing the testing implementation of the Real Money Auction House, and that the Collector's Edition of Diablo III will come with a toggleable pair of wings and some snazzy dyes.

Note: The wings and dyes notes have actually been viewable since BlizzCon on the Collector's Edition webpage. The fallout of the quarterly conference did bring some clarification to light:

The [Collector's Edition] dyes are infinite in their use. Keep them forever, dye as much stuff as you want "Cloud" or "Smoke" colored. The colors are unique to the CE.

The wings are an item you hold in your inventory (don't take up an equipment slot on your character), and it's a toggle. Use to turn on, use again to turn off. They're awesome looking, and stack with other class effects like Shadow Power and Archon. (Blue Tracker | Official Forums)

It's 1 [set of wings] per account. If you want to trade to another character you'd just want to put it in your shared stash before logging out. Same with the dyes. (Blue Tracker | Official Forums)


While all of these great responses did clear up quite a few things, there is still some confusion about the way the wings will work if in the inventory of a Hardcore character. Obviously, under normal circumstances, the wings would be lost on character death.

And while we're on the topic of clearing up confusion: last Friday, we posted the supposedly complete patch notes, coinciding with the reset of the testing server. But the official site has since been updated with most of the recent changes. Here, we have the passive skills that were not included in the patch notes, as well as the skill updates that didn't make the official list.

Skills that were modified to work with weapon damage have not been included in this list because this change was previously announced in the official patch notes. If you would like to see the updated percentages based on weapon damage, please see here.

Lastly, it's been some years since most gave up on speculating about certain cryptic elements of Diablo, but discovery of an invisible input element on the Battle.net website has curiosity rearing like a bucking bronco. Perhaps now more interesting than even the seemingly useless Flash

Chat_Gem on the official Diablo III website, the invisible box in the web Battle.net interface has finally drawn some interesting official responses:

Giving up so soon?


Is the answer to this latest mystery to be found by following @Diablo on Twitter? Is the invisible box another enigma in a decade of Diablo silliness, or is there reason to wonder? 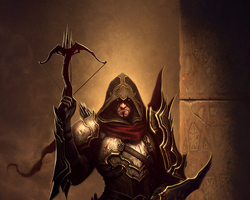 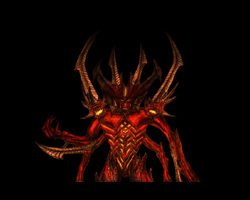