The first interesting piece of info is about a pretty substantial change in the effect of Gems in the upcoming game.

illthegreat: @Diablo Will gems give the same bonuses they did in Diablo 2?

Diablo: @illthegreat No, they're all pretty much different. Elemental damage comes from enchantments now, for instance.

It seems as though gems will function quite differently than in

Diablo II. While in the past they provided elemental damage when put in a weapon, enchantments now provide this effect. Whether or not gems will even contribute to the damage done by a weapon is unknown, but in order to make your axe hit with Cold or Fire damage you will now have to turn to enchantments instead of gems. It will be very interesting to see what kind of combinations will arise when enchanting a socketed weapon or piece of gear, and the degree of customization should be impressive.

illthegreat: @Diablo since you reworked stats to benefit all classes will gems be treated in the same manner?

Diablo: @illthegreat There is a "caster gem" for weapons. Potentially two depending on your build.

In the same vein as the previous tweet, it appears as though at least two of the six gems will be viable for caster weapons. This opens up the possibility of Attack and Cast speed increases through gems, as either of those would obviously help a caster. The second gem could be for builds that focus on skills that involve weapon damage, if they exist at all, or more derivative builds such as a Battle Mage of sorts. Whatever the end result, it is nice to know that gems will be important for all classes.

Scyberdragon: @Diablo Can runes be swapped when ever or do you need an artisan to equip/swap out runes?

Diablo: @Scyberdragon Restrictions are likely for when/where you can change them.

Relating to a recent discussion on our forums, we are given a small hint as to how rune swapping will work. While many users expressed concern that ease of swapping could translate into abusing the rune system to constantly optimize your character depending on who you were fighting, this tweet makes it somewhat clear that there will be restrictions on rune swapping. These restrictions could come in the form of having to return to town every time, or even something along the lines of a time limit on how often you can swap runes. In the end, as with so many things, we will have to wait for more information to know exactly how it will work.


On a bit of an unrelated note, we also got some good news today when we found out that there is now a new Community Manager alongside

Bashiok on the Diablo III forums.

Please join me in welcoming Kaivax, our newest community manager!

Kaivax brings with him a wealth of game and community experience. A self proclaimed Diablo-lover (aren't we all?) he's also eager for the 1.3 StarCraft II patch, continuing to work up the ladder, and getting those last few achievements. In addition his experience in the World of Warcraft community will surely be invaluable as we move into 4.1 and beyond. He'll be here with the rest of us, day in and day out to collect your feedback, talk about the games, shout out on Twitter and Facebook, and write up articles for the front page blog.

If taken correctly Kaivax can provide a sense of calm and euphoria. In a small number of cases Kaivax caused eye irritation and a sense of bewilderment. Taking Kaivax while raging may result in a loss of appetite and posting privileges. Consult your code of conduct before challenging Kaivax. If Kaivax posts more than four times, consult a blue tracker.

Edit: Apparently he's not a Diablo III CM, so we won't see him around that much. Pretty misleading first line though. 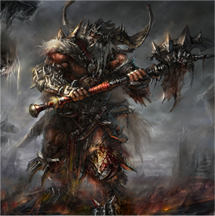 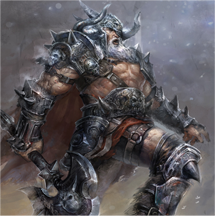 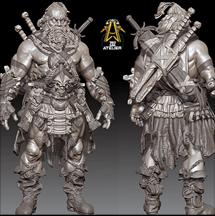 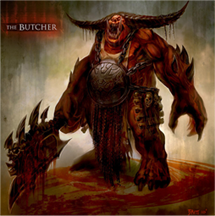