Help Register Sign In
Blizzcon 2010 has given us a veritable treasure trove of interesting new information on Diablo III, and the good times keep on rolling. Everything from the newly-announced PvP arenas to the in-game gadget responsible for salvaging valuable resources from useless loot was discussed as news representatives pelted Jay Wilson with questions from a wide variety of Diablo areas.

Of particular interest was the PvP arena, a revolution in PvP functionality, at least as far as the Diablo franchise is concerned. With the relatively short length of duels in Diablo II and I, with battles often over in a matter of adrenaline-pumping seconds, the validity of arenas was brought to question with none too little skepticism. 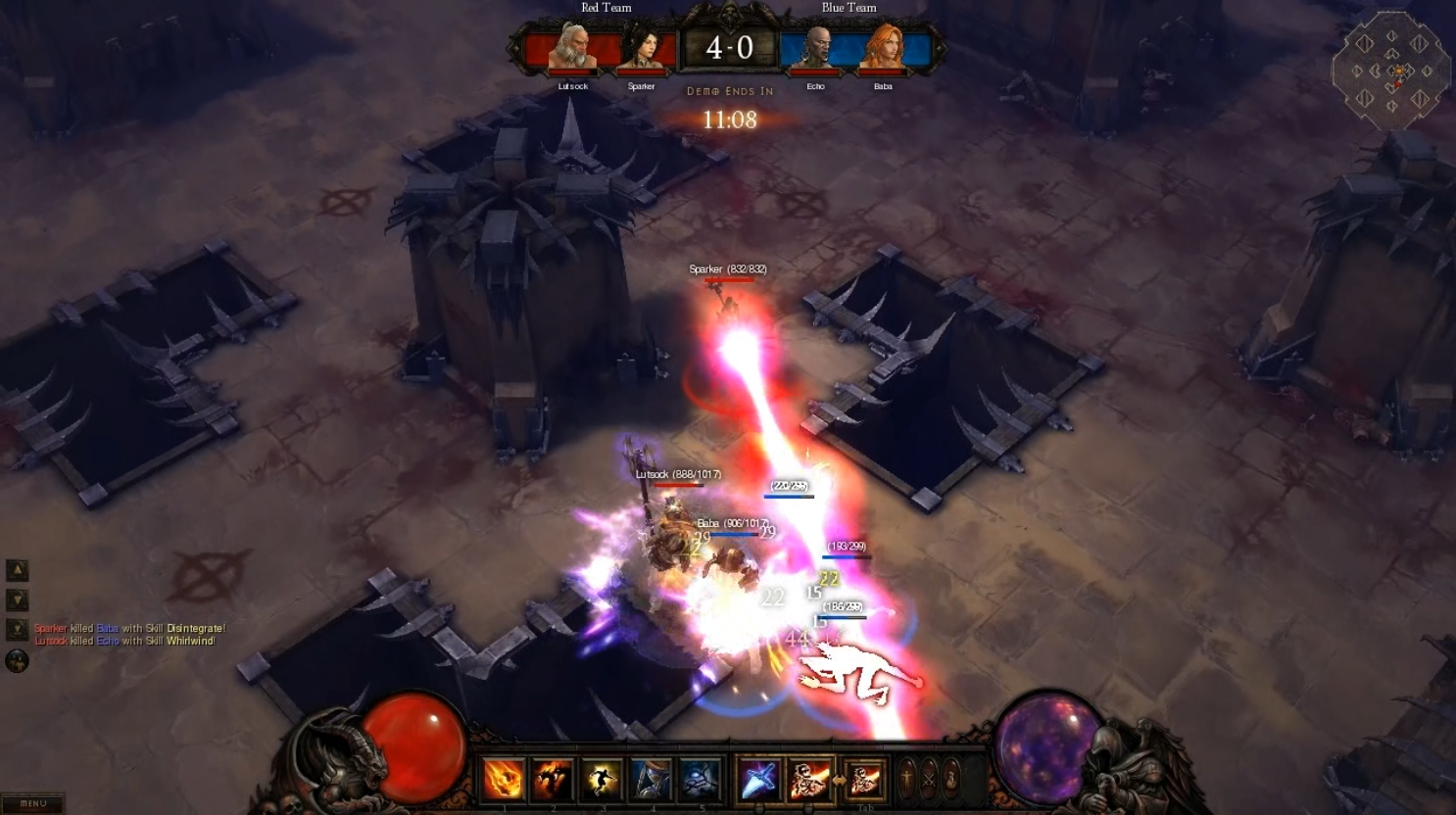 Though in previous games duels would last for only moments, the new arena system in Diablo III will allow for rounds of PvP within a single game, increasing overall battle length. Similarly, the introduction of team-based PvP will bring cooperative play to a new height, with players more easily covering each other's backs, allowing strategy to clime to a prime spot of concern, as opposed to the frequently-power-oriented mindset of Diablo II.

Jay mentioned that it is a concern they have, but that the development team will be able to more accurately asses PvP when more players are able to get a hands-on experience with the new system. This would presumably take place during a form of beta, though patching after release is also a possibility.

PvP and PvE have been a grey area in previous renditions of the Diablo franchise, but, as mentioned yesterday, the team is more concerned with preserving the PvE element of Diablo, and so PvE and PvP will be regarded separately. Unbalance of a skill in PvP arena battles will not cause the team to nerf the skill for PvE players, and Jay wants players to realize that skills that seem useless in PvE games may be entirely valid in a PvP context.

This same concern for preserving the PvM focus of the game has led to a number of other decisions, such as the removal of toggle-able hostility in PvE games (as was done in Diablo II), as well as arenas being entirely separate games from story and monster-slaying PvE games. Ultimately, when it comes to PvP and PvE, he wants us to know that the two are entirely separate.

When it comes to the arenas, themselves, Jay mentioned that although randomization for the actual arena area is entirely possible, and quite easy to do since arenas are made with the same system that composes dungeons, the team has several concerns that are causing them to be careful with how they offer arenas to players. Randomization, while obviously offering many different arena experiences, also can create many useless and irritating PvP environments. Offering more options for such customized games is something that they want to play low so that players will spend less time with the bureaucracy of setting up a game and more time slaughtering each other. It's ultimately a question of how useful such functionality would be, how much it is desired, and how much good it would do for PvP players.

Diablo III Q&A Panel
Turns out, hardcore is going to stay hardcore. One of the coolest bits of information we got the from Q&A panel was that if you take a hardcore character into the Arena, if it dies, it's dead. No second chances, no life after the arena, just dead. Rounds were not elaborated on however, so we may end up seeing 1 round matches with hardcore characters. Either way, now you'll finally have a way to kill your max level hardcore player in style.

We also learned a bit about how the stash will be working. As it turns out, we now have a shared stash between characters. It also turns out, that the shared stash is massive. Add in the fact that Blizzard will never delete your characters, and everyone out there who enjoys hoarding their items just got an early birthday present.
Posts Quoted:
Reply
Clear All Quotes