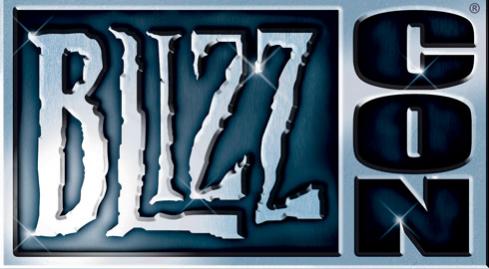 This article was previously an article on the Demon Hunter and PvP, it has been turned into a "Blizzcon Hub", in which you'll be able to find all the resources you need to get the most info out of us.

Now that the first hectic hours of Blizzcon have passed us by, we've had a chance to compile our information, level our heads, and churn out in depth articles covering everything Blizzcon.

We have written out articles on the three main aspects we wanted to bring to light, and links will be provided to help you quickly find them in the chaos Blizzcon has brought down upon us. Welcome chaos, of course, as now we have a fifth class!

The Demon Hunter Unveiled - I take a look at the new fifth class, explore the lore behind the Demon Hunter, give some insight into tactical considerations, and dig up the skills we've been shown. If you want to learn about the fifth class, check this article out!

Character Customization - Scyberdragon compiles everything to do with character customization into one sexy slab of article. Changes to skills, new skills, skill runes, and info on the talisman can all be found here. If you like to tweak your character to your own tastes, this is the article for you.

Diablo III PvP - Battle Arenas - With his first article (give the man a hand), liquorice takes a look at the new "Battle Arena" PvP system in Diablo III. With a blend of facts and speculation, he explores every aspect of the new PvP system, which hopefully will be more complex than the "hostile button" from Diablo II. Cross your fingers.

Wilson on Diablo III and Press Conference - Magistrate, our inside man at Blizzcon brings us the scoop directly from the floor. Read up on the latest info regarding PvP in Diablo III.

Crafting Sanctuary - A collaborative effort; liquorice, Scyberdragon and I cover the latest on crafting, items, monsters, and the world of Sanctuary. Anyone wondering how development is coming along should definitely read up.

There has also been a presskit released filled with pictures and a 20min gameplay video. You can download the presskit HERE.

This post will be updated with more information and new articles as they become available, so check this thread for updates whenever possible. In the mean time, check out the Diablofans IRC channel to chat with your fellow users in real time!
Posts Quoted:
Reply
Clear All Quotes