Barbarian. The set bears a striking resemblance to the armor previously released for the female Barbarian, especially in the "claws" covering the arms and wrists, though Bashiok remarked that the two armor sets are not the same. 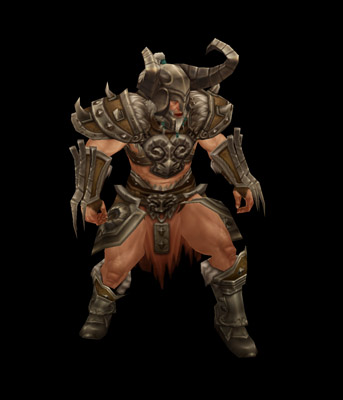 Now with all six armor sets revealed, minus any emphasis on the

Monk, we can look forward to the icing on this proverbial cake with all the Diablo III goodness Blizzcon has to offer. If you missed any of the former armor sets, see here:

Every Tuesday and Thursday leading up to BlizzCon on October 22 we'll be sharing a behing-the-scenes sneak peek at a gear set that will be featured in the playable demo at the event. Please enjoy!


(Blizzard does not actually have all of those links in the real excerpt, they were added only for readers' convenience.)
Posts Quoted:
Reply
Clear All Quotes