Help Register Sign In
MMO Champion recently posted a big image of the schedule of events for Blizzcon 2010. If you're capable of reading on your own, just skip to the image.

Note the Diablo III gameplay segment right after the opening ceremony: hopefully this will be where we'll see all the latest for this year's event. Also note the kick ass image of the Monk with a pretty sick staff at the right. The second day will feature a Diablo III Q & A segment and what I'm guessing is a party for lore-crazed fans: Diablo III: Crafting Sanctuary. 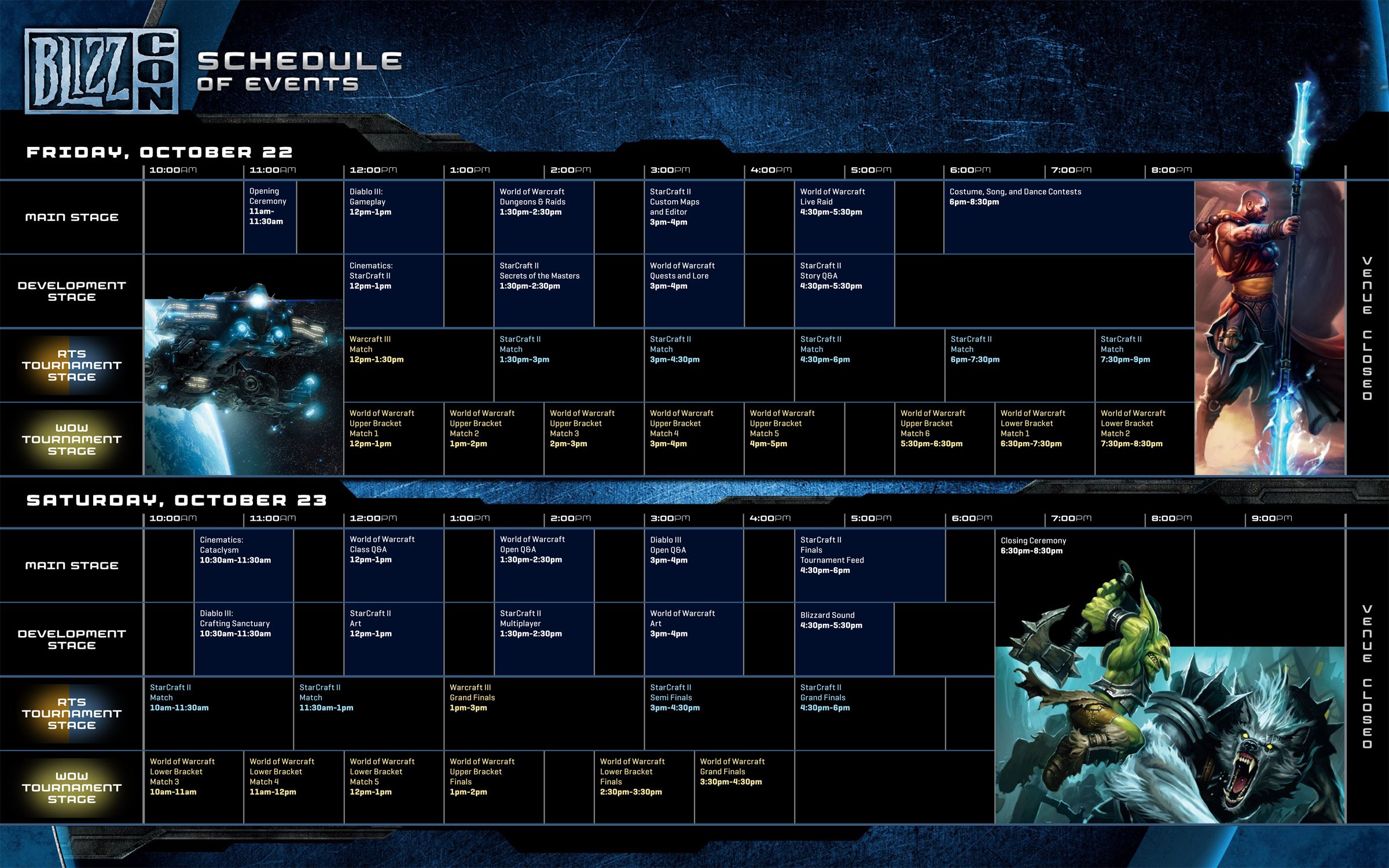 As for the break down on just what will be covered in each of these panels:

PANELS SCHEDULE BLIZZCON DEVELOPER PANELS
Developer panels are always one of the most popular attractions at BlizzCon, as they offer players a chance to discuss the development process with us in person and give attendees a glimpse at what’s in store for their favorite Blizzard Entertainment games. Here’s a sneak peek at some of the panels we’ll be hosting at BlizzCon 2010.

The designers, artists, programmers, and writers share new information on the characters, creatures, game systems, and story of Diablo III.

What's in store next for the heroes of Sanctuary? Learn about the latest game developments in this don't-miss panel for Diablo players.

Got a burning question about the Burning Hells? The development team dedicates an hour to audience questions about the story, design, art, sound, and gameplay of Diablo III.

For those of you worried about the limited Diablo time, here is what Bahiok had to say.

It's the same number as last year. Two 'info' panels and one open Q&A.

I really don't see how this could be interpreted as any indication of... anything, at all. We have specific things to talk about. It's a weird stretch to come to a conclusion that we must not be able to talk about anything meaningful unless there are 3+ hours of stage time dedicated to talking about the game.

So anyway, yes, there are two panels - - and in-between those panels and for 14 hours a day, both days the developers are in back-to-back interviews with news and press outlets. There will be plenty of info streaming out about the game all over the place even if you don't think that two panels is enough to do so.
[ Post edited by Bashiok ]


See FingolfinGR's full thread for a quick review of the major Diablo III subjects revealed so far, as well as a handful of sticked threads here highlighting Blizzcons past and other relevant information. Special thanks to Sinke for the update of detailed information on the panels.